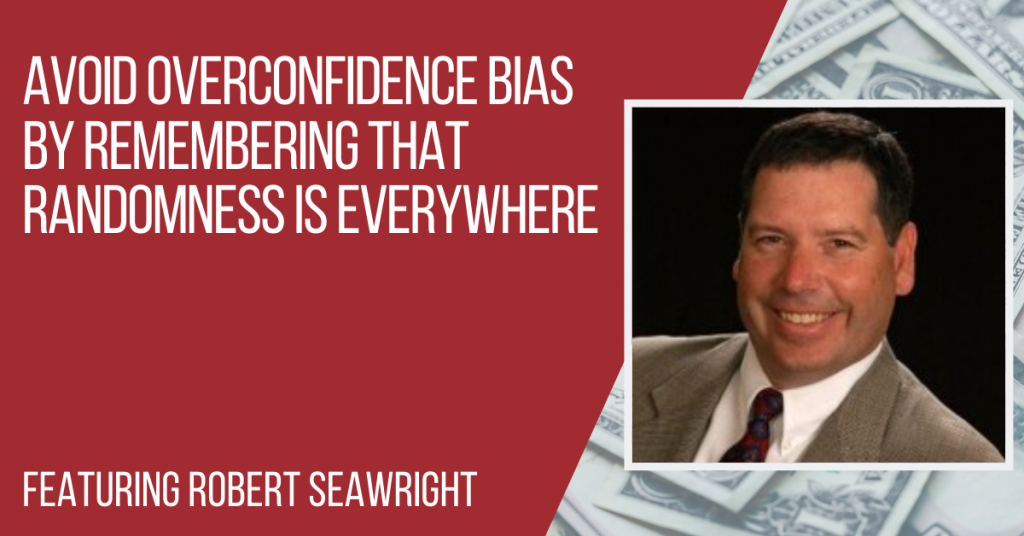 Bob’s blog, Above the Market, has received “best of” recognition from a wide variety of sources, including The Wall Street Journal and the CFA Institute, and is the #7 rated advisor blog in the country based upon readership, linkage, and influence.

And don’t’ miss The Better Letter Newsletter that he writes about markets and life and comes out every Friday morning.

Bob’s worst investment ever, like for most investors, was when he was starting as an investor.

At the time, Bob was working on the fixed income trading floor for a big Wall Street investment house trading bonds all day every day. So what he knew and understood was bonds.

Bod had learned from the bigwigs of investing, such as Peter Lynch, to invest in what you know. So Bob allocated his investment money heavily toward bonds. Thanks to beginner’s luck, he did just fine with his bond investments.

Missing out on higher returns

While Bob never lost any money for investing in bonds, he played too safe and missed out on other investments that he should have made early in his life. Such investments, with compounding they could have had a lot more returns.

Luck and randomness have always been his saving grace

In the course of his life, Bob has made a few more bad investments that somehow have turned out well for him, thanks to luck. For instance, he bought a house at the wrong time, but as random as this decision was, it turned out great for him.

Bob also went against financial planning advice and paid for his kids’ education. Bob had not been able to go to college, where he wanted because his parents didn’t have the money. So it was a very important value for Bob to provide the best education possible for his kids. This is even though he knew that would mean working longer and having less in retirement. Bob knew from an investment standpoint, it was foolish, but he did it anyway.

What are you trying to accomplish?

Before you start investing, be sure to understand what you’re trying to accomplish. This is important because every investment, even the best investment in the world, has cons as well as pros. So when inevitably, a con period shows up, you’ll be ready and able to handle it.

Randomness in investment is more important than you think

If you think about your biggest successes, they all happened with a lot of randomness involved. While they almost always happen because you worked hard, and you made good decisions, there’s also randomness playing a big part. It always helps to remember that when things turn out right, there’s always luck involved.

We tend to jump on what we’ve just seen, and we latch hold of what’s available. When someone mentions something new, they’ve primed the pump, and you’re going to respond with what they’ve mentioned way more often than not. So be careful of investing in something just because it’s new and recent to you.

Investors, especially beginners, tend to play it safe by putting their money in something they are familiar with, such as the bank, or maybe bonds. However, there’s a hidden risk associated with playing safe – the shortfall risk.

For instance, if you’re going to need $3 million in cash to retire at age 60, and you put your money into bonds, you’re going to feel like you’ve reduced your risk, but in fact, you’ve increased it on the other end through shortfall risk.

Everything is a balance

When it comes to investing, you can’t have it all. You think you’re safe by doing X, but what you don’t know is that there’s a balance. So while you’re safe, you’re also causing something else to go out of whack.

Bob’s number one goal in the next 12 months is quite simple: to be a better person.