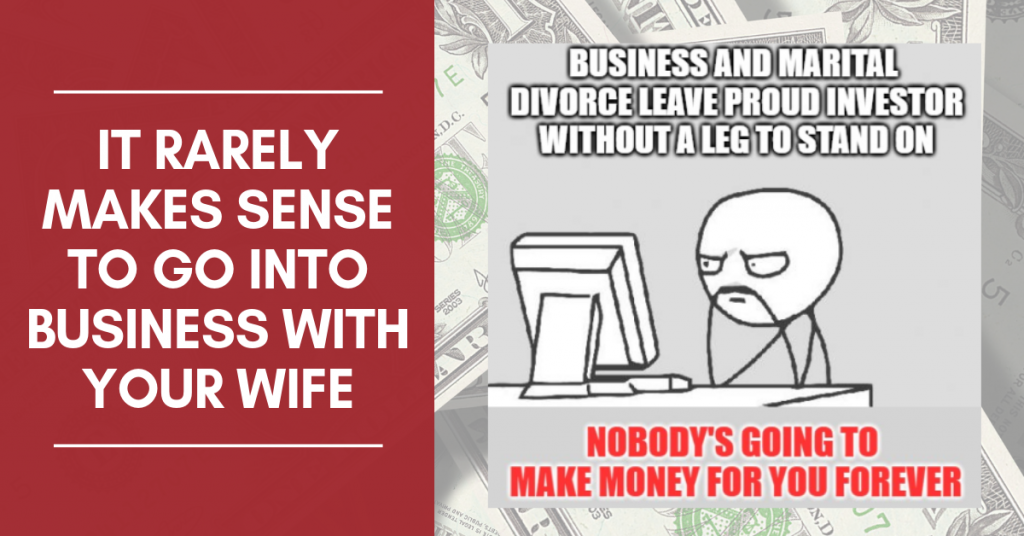 A few years back, a Japanese colleague of mine, Kobayashi Takeru (not his real name), decided to invest in opening a ramen restaurant in Bangkok. Japanese restaurants had yet to reach the popularity in the Bangkok dining market that they have achieved today and so there appeared to be a lot of space for further growth.

He set up a company to administer the restaurant with paid-up capital of 20 million Thai baht (611,000 US dollars), which seemed more than enough for an initial investment and working capital. Because of the Thai regulations on foreign business ownership, he paid 49% under his own name and positioned his wife, Yingluck, as a 51% Thai nominee. All correct legal processes were apparently followed.

The day-to-day business of the outlet was managed by Yingluck while Kobayashi played golf on most days. The restaurant became very popular and expanded into several branches, all funded by the re-investment of profits.

Kobayashi was now very proud of his investment and celebrated by playing even more golf. This displeased Yingluck as he was not pulling his weight with any work on behalf of the restaurants. Disappointed with Kobayashi’s laziness, Yingluck sought a divorce, aided by her lawyer, Somchai. Somchai insisted that, in line with the registered shareholdings, 51% of the business should go to Yingluck, and 49% to Kobayashi. Of course, he was unhappy as Thai law supported Yingluck.

No one helps once-happy restauranteur get any return

Now he is left wondering when and how he can sell his 49% shareholding to someone willing to buy. Since the divorce, no one has come forward to buy his shares. No dividends have been paid to him. Rather large bonuses have been paid to directors, but he is now not a director. Meanwhile, the restaurant chain has gone from strength to strength in profitability and size. It turns out Kobayashi’s investment risk, inaction, the legal framework in which he was operating, and the lack of a path to sell his shares will leave him waiting for his return on the investment forever. To rub soy sauce in his wounds, his heirs might even be levied an inheritance tax on his holdings.

Don’t start a business that’s illegal from the start

Many countries, including Thailand where this story occurred, have limits on the foreign ownership of companies. You may find it very common for foreign investors to set up structures suggested by lawyers to overcome these laws. But no matter how safe they may feel; the reality is that most of these structures go against the intent of the law. Of course, many people operate these kinds of businesses for decades with no problem. But if things go wrong, such structures can fall apart. In this situation, the structure was legally snatched away from this golf-hungry Japanese investor.

Nobody’s going to make money for you forever

You may find yourself in a situation where you are investing with someone who is doing a great job with your money. When faced with such a situation most people stop monitoring that investment. And eventually, things go wrong. In the above story, the investor felt comfortable and confident that his business partner (his wife) would be looking out for his interests, but eventually, things turned sour.

It may seem exciting, and the opportunity may seem great, but doing business in a foreign country can be disastrous. Without deep knowledge of the language and the culture, things could be happening around you that you don’t even understand. It doesn’t mean it’s impossible to be successful, I have had my share of success in Thailand, but it means the trust between business partners is even more critical. Trust is probably the most important thing needed to be successful in a foreign country. Make sure to surround yourself with people you trust.

It rarely makes sense to go into business with your wife

It’s not impossible, and I’ve heard of success stories, but success in business with your spouse brings a whole new level of pressures and stresses on your relationship. The emotional roller coaster of business can be amplified by the personal emotions experienced by both of you. My advice? Enjoy your time in business and enjoy separate time with your spouse.

How we made a partnership of friends work

Against all odds my best friend Dale and myself together built CoffeeWORKS. We are proof that doing business with friends can sometimes work. Three things helped us stay together: that we were in a foreign country so we really had to rely on each other, that from the beginning we said we would put our friendship above money, and finally that we agreed to place “principles before personalities”. This last point meant that if we were in a discussion about the strategy for the company that we agreed it was not all about one of our opinions winning. We both accepted the fact that we would be better off in the long run if we were able to compromise rather than try to “win” in a discussion. Over the years, our staff has witnessed our heated debates, but they always heard us say that we place “principles before personalities”, and therefore they saw us stop and come to a final agreement each time.

5. Failed to monitor their investment

6. Invested in a start-up company