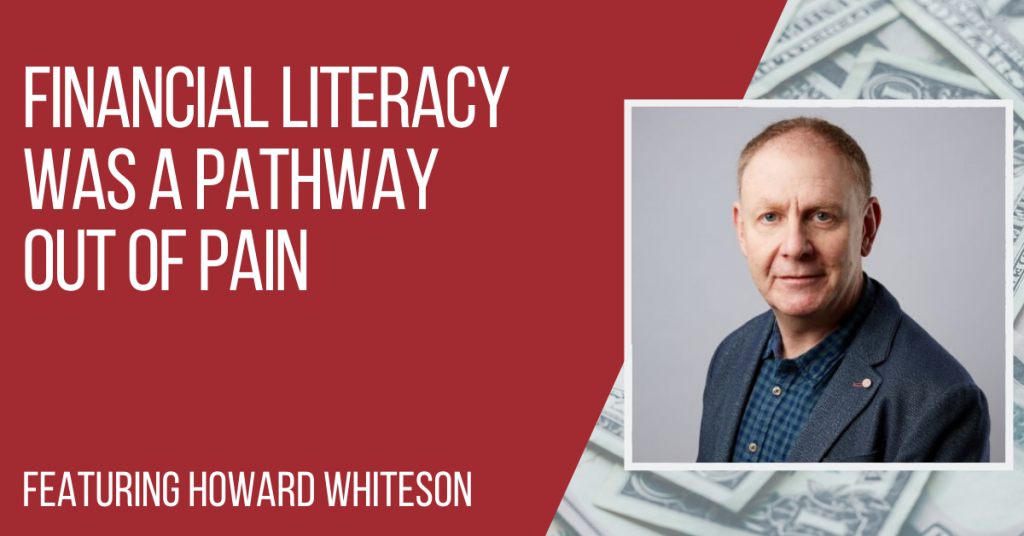 Howard Whiteson’s economist father made him familiar with financial principles from a very young age. As a teenager, however, Howard rebelled and suffered deep debt and economic chaos.

Having journeyed from that low point to master his finances, Howard has spent some 20 years as an expat, the last six in Shanghai, China.

He uses a proven 5-part process to empower executive expats at such corporations as Apple, Coca-Cola, and Gucci to create, transfer, and protect their wealth internationally. To find out more, visit Wealth Without Borders.

“Rather than trying to conquer the entire world of finance, gently take small steps into that world.”

Driving his way into debt

It’s a bright summer’s day in Rolling English countryside, and Howard is in his hybrid sports car, with the sunroof down the music going, feeling like a million bucks. He’d just recently bought that car. It was one of the first hybrid cars made by Honda. He was very proud of all the gadgets and gizmos. Howard had spent 28,000 pounds on it, about 40,000 dollars.

Riding on a promise

Howard had just had two CEOs tell him that they wanted to work with him on a retainer basis. He was proud, confident, and dashing. What better way to celebrate than to spend all his money on the car of his dreams. He was going to be rich soon, anyway.

His dreams turn to dust

So in his sports car, Howard drove to one of the CEO’s offices in a farmhouse in the middle of Essex countryside, got out of the car, and walked in to see the CEO. The CEO told Howard that the company was letting him go. He’d worked for the company for about 12 years. The news was a huge shocker.

As if that was not a blow huge enough, within a few weeks, the second CEO had the same story to tell Howard. He also let him go. So Howard went from being very comfortable and very well off into deep debt and a lot of darkness. He was now tens of thousands of pounds in debt.

Letting rebellion rule over him

Howard’s father was an economist, and so he grew up learning all about the stock markets, about bull and bear markets. But as an adult, he chose to rebel and ignore all the knowledge he had gained.

Howard’s attitude towards money was that it was the root of all evil. It was all a capitalist plot. He believed one should live for today and forget about tomorrow. This kind of attitude led him directly into that dark abyss of financial chaos, debt, and struggling to make ends meet.

Hitting a brick wall and making a turnaround

Howard was now scrambling for a job. Luckily he had some close friends who managed to connect him to a job soon enough. He enjoyed the new job, but it was tough work and unrewarding.

Howard was still struggling to pay off his massive debt. This remains the lowest point in his life where he felt he’d hit a brick wall. What pulled Howard out of this rut was the deeply rooted financial awareness that his father had implanted within him. He finally realized that if he continued along on this trajectory of debt and chaos, he would end up in a very sad place. So Howard dusted himself up, started applying the knowledge he’d learned from his father, and managed to pull himself out of the worst investment ever.

Art and creativity and maths and finance are not opposites. They overlap and inform one another. There’s a sense of discipline within creativity, and there’s creativity within the world of finance.

Acknowledge you’ve made a financial mistake

If you ever find yourself in a financial crisis, stop the denial, the rebellion, and just acknowledge that you’re in a dark place, and you’ve got to do something about it. Most importantly, work on gaining financial literacy to avoid future mistakes.

Don’t be afraid of learning about money and investing

For a lot of people, money and investing are painful topics mostly because they feel overwhelmed, trying to understand the markets. Don’t let the overwhelm stop you from investing; just keep learning.

Start investing early and build financial security into your life so that you can enjoy retirement.

Take 10% of what you’re earning, if possible, automate it, so it goes, at the very least, into a high-interest savings account or a range of good funds. Divide that money three ways and put it in stocks, bonds, and property. This is a great way to start investing. If you can’t afford properties, there are low-cost funds you could consider. Such investments will build over time.

Howard’s number one goal for the next 12 months is to be a great dad to his seven months old daughter and a great husband. He also plans to continue learning and developing and simply never stop that process.

“If you gain value from listening to this, then I will have suffered without it being in vain.”