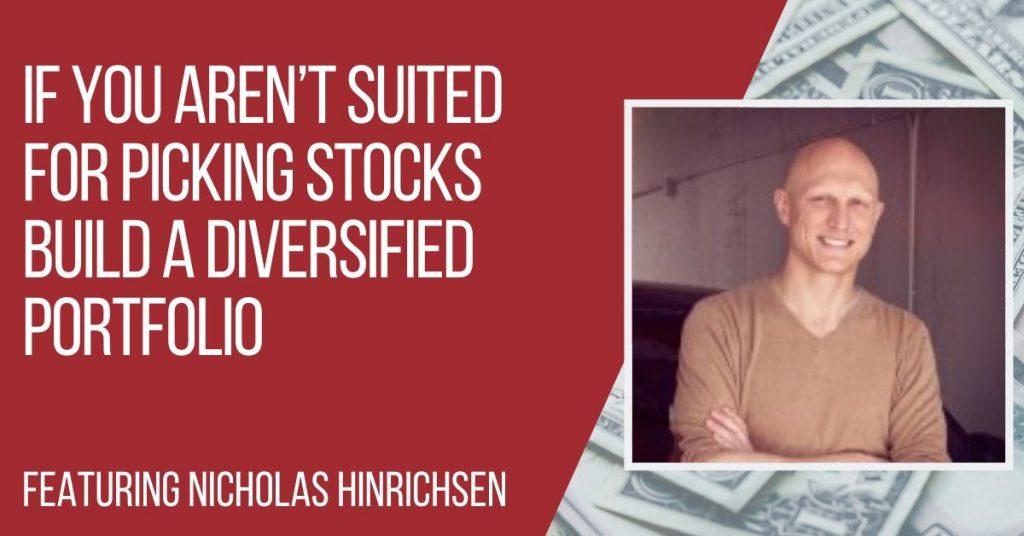 Nicholas Hinrichsen was born and raised in Germany and played on the German National Golf Team and studied Computer Science and Finance in Germany, Chile, and Australia. At the start of his career, he looked into consulting and investment banking but instead joined a renewable energy startup that invested in projects in China and India.

In 2011, he moved to the US to get his MBA at Stanford Business School, and by 2013 he started a company called Carlypso. He brought that startup through YCombinator in 2014, raised $10 million in venture funding by 2015, and sold the company to Carvana.com in 2017. Carvana went public at a market cap of $2.5B and is now the most valuable used car retailer in the US.

Nicholas and his co-founder, Chris Coleman, recently left Carvana to start WithClutch.com, a fully digital platform that lets car owners refinance auto loans from the comfort of their own home.

“To succeed as a startup, all you need to do at the very beginning is to leave the building and talk to customers.”

When Nicholas was 16, the only thing he knew how to do well back then was playing golf. Then all of a sudden, his friends in school, even some golfers, started talking about investing in technology companies. Nicholas had about $2,000, which was a lot of money for him at the time. His friends told him to invest the money because he could easily 10x that money.

Afraid to miss out

As everyone around him continued to invest in the tech companies, Nicholas decided to look into it because he felt like he was missing out. He signed up for an account online, went to the physical branch to verify his identity, and then eventually got access to the stock market.

Now with an account, Nicholas could shop around for a company to invest in. But with so many options, he was baffled. One of his friends advised him to buy some magazines and then just read about the stocks in these magazines because the magazines wouldn’t recommend buying those stocks if they weren’t the best. And that’s precisely what Nicholas did.

Making his first investment and mistake

Nicholas didn’t know any of the companies in the magazines, but one resonated with him because that happened to be Germany’s biggest telecom. He felt that this would be a good choice.

Nicholas took the money he had and used it all to buy the stock at $120 per share. Sadly, that remains the highest price the stock has ever traded. The stock price went downhill a few months after Nicholas bought it. First slowly, then rapidly, to a point where Nicholas was just watching from the sidelines as the price went down to zero.

Nicholas somehow held onto his stock for years, even though he wasn’t making any returns on it. A few years later, he moved to the US for work. He wasn’t allowed to hold a foreign account, and so he was forced to transfer his portfolio in Germany to his US bank. However, he decided that the lousy stock was not worth the effort and so he sold it and counted his losses.

The stock market is tricky

Succeeding in the stock market is harder than winning the gold medal at the Olympics, so brace yourself and go ready to give it your all.

Cash is not as great as people think it is, especially if there’s inflation. You lose money in the long run by keeping cash in the bank.

Invest in a diversified portfolio

Manage risk by investing in a diversified portfolio and hire a fund manager to manage this portfolio. This removes emotions out of the investment.

Invest for the long term

You can only make or preserve your wealth if you’re investing for the long term.

Humans act either out of fear or out of greed

When it comes to investing, neither fear or greed helps you make wealth. Fear makes you sell your stock when the stock market goes down because you’re afraid it could go further down. Then you miss the upswing. When stocks go up, you get greedy and go into the market, but what you don’t realize is that you’re paying expensively.

Avoid FOMO when investing in the US stock market

Be very careful when listening to other people talk about their investments and wanting to do it too because they sound so successful. People only talk about their wins and rarely about their losses. So do not believe everything that you hear.

No action in life that is risk-free

Every single action has a benefit and a cost. If you put money into the bank, and you don’t get the interest payment, it doesn’t grow. Now you have exposed yourself to shortfall risk, the risk that the money that you need at retirement will not be there.

Sign up for a diversified portfolio and get a fund manager to manage it for you.

Nicholas’s number one goal for the next 12 months is to build another company that impacts people and hopefully makes life better in the US.