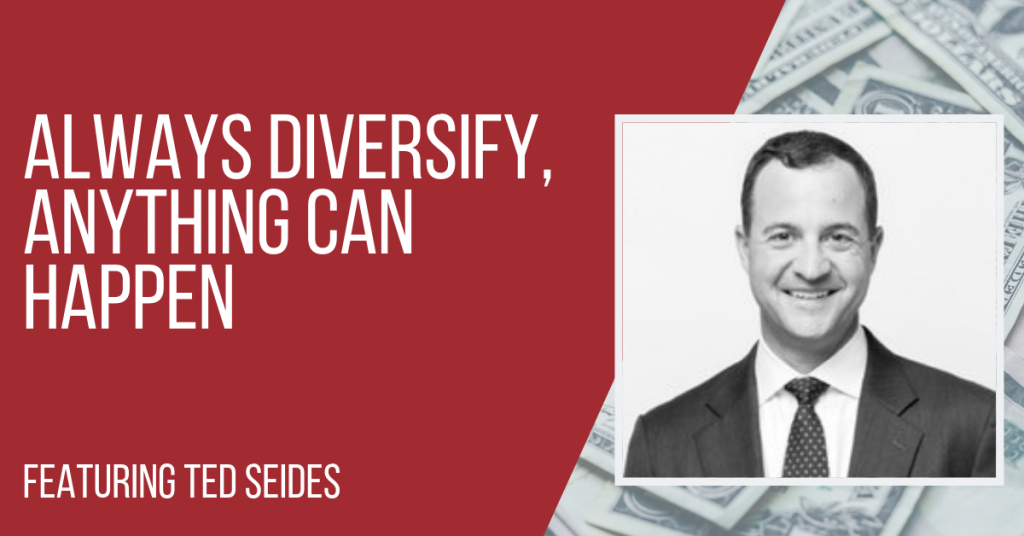 Ted Seides, CFA, is the son of a teacher and a psychiatrist. Perhaps by genetic disposition, he is passionate about sharing his insights and investing in people. He is the chief investment officer of Perch Bay Group, a single-family office he joined in 2017 to manage a diversified portfolio of direct and fund investments across asset classes. Ted produces and hosts the Capital Allocators Podcast, which by the by the end of 2018 had reached one million downloads.

From 2002 to 2015, Ted was a founder of Protégé Partners and served as president and co-chief investment officer. Protégé was a leading multibillion-dollar alternative investment firm that invested in and seeded small hedge funds. Ted built the firm’s investment process and managed the sourcing, research, and due diligence of its portfolios. In 2010, Larry Kochard and Cathleen Ritterheiser profiled Ted in Top Hedge Fund Investors: Stories, Strategies, and Advice. Sharing lessons from his experience, Ted authored So You Want to Start a Hedge Fund: Lessons for Managers and Allocators in February 2016.

He began his career in 1992 under the guidance of David Swensen at the Yale University Investments Office. During his five years at Yale, Ted focused on external public equity managers and internal fixed-income portfolio management. Following business school, he spent two years investing directly at private equity firms, Stonebridge Partners and J.H. Whitney & Company. With aspirations to demonstrate the salutary benefits of hedge funds on institutional portfolios to a broad audience, Ted made a non-profitable wager with Warren Buffett that pitted the 10-year performance of the S&P 500 against a selection of five hedge fund of funds from 2008-2017.

Ted is a columnist for Institutional Investor, wrote a blog for the CFA Institute’s Enterprising Investor, and wrote guest publications for the late Peter L. Bernstein’s Economics and Portfolio Strategy newsletter. He is also a trustee and member of the investment committee at the Wenner-Gren Foundation, an active participant in the Hero’s Journey Foundation, and is a decade rider with Cycle for Survival. He previously served as a trustee and head of the programming committee for the Greenwich Roundtable and as a board member of Citizen Schools-New York.

“It was one of those examples that the market can stay rational longer than you can stay solvent, and that really anything can happen. There was nothing about the fundamentals of these assets that would have told you that this could have happened.”

Ted chose one of his worst investments ever based on its outcome. In 2002, during his early years at Protégé Partners around the launch of that fund, one of the core investments they were making was in a multi-manager hedge fund portfolio. Within that portfolio, one of the core investments was in a relative-value arbitrage hedge fund called Parkcentral Global Hub, a group that had spun out of or was included in the family office of the late Ross Perot.

The group had been managing its strategy for a long time very successfully in a kind of value-oriented, relative-value manner with a very long time horizon. There was a tremendous amount of co-investment (a minority investment made directly into an operating company alongside a financial sponsor or other private equity investor, in a leveraged buyout, recapitalization or growth capital transaction). Perot had put around US$500 million into the fund and there were highly skilled people running it. Seides said it was a rare case of an investment management organization run with great business principles.

Fund launches in 2002 and grows to nearly 3bn in assets

The fund launched to outside investors in July 2002, growing to US$2-3 billion in assets until they closed it to new investors. It continued to progress well under the goal of making 10%-12% a year with relatively low volatility. And they had done that historically. They found new structures and strategies, were very insightful and had good communications, enabling investors to know exactly what was going on.

Few blips in Spring 2008 but nothing major

But, heading into Spring 2008 the situation became shaky for them. A few things went wrong, but they were within the bounds of their understanding of risk and in the summer and into the fall, they would come by the office and said their largest position was a relative-value trade in the commercial-mortgage-backed space. Out of the 2008 crisis, most people remember that subprime residential mortgages blew sky high. But in the commercial mortgage space, if considering the fundamentals, there were apparently few problems in the economy.

Losses of 13% seen by end of September

But strange things were happening in the capital markets because of the turmoil, especially in September. The fund survived the Lehman bankruptcy in October, but going into November, they had a particular trade in which they were going long in some senior debt – commercial mortgage-backed securities. The senior debt was priced as if something like 40% of the underlying commercial real estate would have to default with no recovery at all. And all because of the turmoil that was happening in the markets. It was so bad that the fund managers said it no longer made sense to continue to hedge with the junior debt because it had gone down so much that it was not really hedging anything, so they let all the clients know what was happening. By the end of the month, Parkcentral Global Hub had lost 13% of its value, in part because of commercial mortgage-backed securities, an affidavit from the Bermuda liquidators now says.

In October, the fund lost an additional 26% of its value, reducing the fund’s net assets to just under $1.5 billion.

As November rolled in, the situation got worse. Losses continued early in the month and accelerated beginning in November 12, as the bottom fell out of the commercial mortgage-backed securities market. In just one day, November 18, the fund lost $300 million. In that deadly six days in November, his office in New York was saying that they kept putting money into the trade, backing the collateral, but it kept getting worse. For one day that those prices moved, Ted remembered, it was around 1,700 basis points (17%) over treasuries; the equivalent of 60% of all of the commercial real estate that underpinned these assets had to go bankrupt with no recovery.

On that great day of loss, all the money in the fund was gone, in fact, more than all the money in the fund. The fund’s net-asset value (NAV) went to zero. They could have described it as poor risk management, you could have described it as being involved in a drive-by shooting. So what happened, though, was that most of the principals in the organization had all of their money invested alongside the client and lost all of it. Perot lost maybe $500 million, maybe more. But he did decided against putting billions back into the trade to get to the other end, which was the implicit reason why they would be able to withstand turmoil.

Events were around the time Madoff was exposed

This was all around the time or a bit before news about Bernie Madoff’s scheme had emerged. But at least today most of the investors have probably gotten most of their money back thanks to Irving Picard. But for Ted and his team, they only held a 2%-3% position in the portfolio, and therefore could withstand the hammering. But it was one of those examples that the market can stay rational longer than you can stay solvent. And that really anything can happen. There was nothing about the fundamentals of these assets that would have told you this could have happened, Ted says.

In something you underwrite, in this case an investment management organization that was a great organization that had done everything the right way, except for one thing – they had leverage and they failed to manage risk in the worst possible moment to be able to withstand the “hundred-year flood” that hit.

Be very wary of any investment that is leveraged

Such a situation can easily lead you to losing control of your wealth and future. Ted talked about how markets can stay rational longer than an investor can stay solvent. He said that not only is this true, but all investors are not immune to this happening.

If using leverage in your strategy, you absolutely must understand how you’re going to survive a big storm

The key lesson is the issue of leverage

Overconfidence can creep in leading to risky choices

But it’s very human and happens all the time. In the investment field, analysts, researchers and allocators are paid for strong opinions and to “putting their money where their mouth is” and conveying belief in their opinions. That can lead to overconfidence, which can creep in despite being years of discipline. One day the self-belief overreaches and the money injected is excessive. Then big losses occur.

Diversification was key for Ted

While the lack of it wiped out the fund he was investing in, it didn’t wipe out Ted because he had used the diversification technique of sizing his position.

Two risks an analyst should look out for when analyzing companies

If a company has no debt and no foreign exchange exposure, a huge amount of potential risk is eliminated.

All investors should get a lot more creative on how much worse it could get than the worst-case possible outcome, because again: “Anything can happen.”

To figure out how the work he has done on his own podcast can best benefit an investment organization.

“Andrew, keep this up. It’s a lot of fun and it’s a terrific way of trying to tease out lessons.”