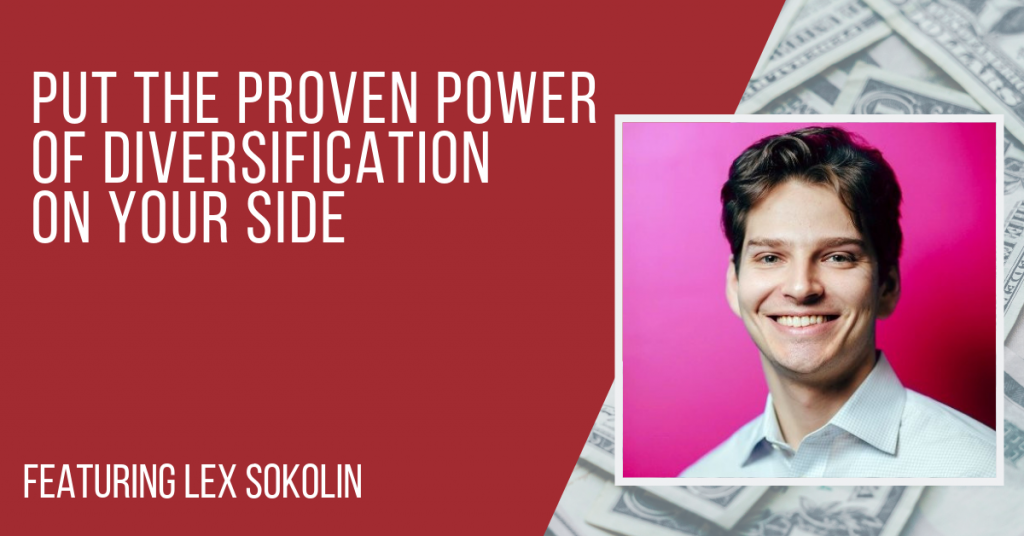 Lex Sokolin is a futurist and an entrepreneur focused on the next generation of financial services. He is the global fintech co-head at ConsenSys, a blockchain technology company building the infrastructure, applications, and practices that enable a decentralized world. Lex focuses on emerging digital assets, public and private enterprise blockchain solutions, and decentralized autonomous organizations.

Previously, Lex was the global director of fintech strategy at Autonomous Research (acquired by AllianceBernstein), an equity research firm serving institutional investors, where he covered artificial intelligence, blockchain, neobanks, digital lenders, roboadvisors, payments, insurtech, and mixed reality. Before Autonomous, Lex was COO at AdvisorEngine, a digital wealth management technology platform, and CEO of NestEgg Wealth, a roboadvisor that partnered with financial advisors. Prior to NestEgg, Lex held roles in investment management and banking at Barclays, Lehman Brothers and Deutsche Bank.

Lex is a contributor of thought leadership to The Wall Street Journal, The Economist, Bloomberg, Financial Times, Reuters, American Banker, ThinkAdvisor, and InvestmentNews, among others. He is a regular speaker at industry conferences such as Money2020, LendIt, Schwab Impact, In|Vest, T3 Enterprise Edition, and Consensus. He earned a JD/MBA from Columbia University and a BA in economics and law from Amherst College.

“The good news is that I didn’t have any money, or whatever money I did have I put into some discounted Lehman stock thinking these guys knew what they’re talking about. And if there’s so much confidence, and they have such fancy suits, and they get paid so much, this thing’s got to … go up. And of course … it didn’t go up, not at all, not in any way whatsoever, it just went down.”

Lex Sokolin, on his time at Lehman Brothers in 2007

The year was 2006. Lex had just graduated from his undergraduate degree in economics. It was still cool to work in finance. He joined the Lehman Brothers’ analyst program alongside 40-50 people when the brand was very strong. His intake were young kids out of school, and associates. They were starting at the investment management division. One of the orientation activities was a stock-picking contest in which new staff had three months to generate the highest returns in a no-risk setting.

He won, which did amazing and damaging things for his ego. He was on top of the world as he had bested Stanford and Harvard people, and was on the road to success. It was now 2007. Bear Stearns appeared to be failing and collapsed shortly afterward. Rumors were circulating that the big banks had a lot of bad debt on their balance sheets and that they couldn’t meet their obligations. A liquidity crisis was looming and Lehman was in the crosshairs.

At the time, Lex was in this investment management business and the Lehman price was around US$120 per share. Then it started to fall. It halved its value to 60. Then it plunged to 20 and Lex remembers that day. There was a strong corporate culture at Lehman Brothers. The corporate color was green so people would say everybody leaves green because everyone’s on the same team. So managing directors got paid in Lehman stock as a percentage of their accomplishments. Analysts such as Lex were matched in their 401K plans in stock. If you saved $10,000 you would get $10,000 in Lehman stock and nothing else. Also, staff could buy more stock at a 20% discount.

So Lehman stock was $20, and it had been falling for months. Lex watched as the New York branch manager, an 80s throwback with Gordon Gekko suspenders and haircut, was saying that the stock price was ridiculous and that it had never been so cheap, so he was directing staff to buy more Lehman stock. Mr. Greed is Good was among people managing $80 billion in that business and another $200 billion in an adjacent business. Lex was 22 so seeing such experienced people made him think it was a good idea. The good news was that he didn’t have much money, because the stock never recovered and due to politics and personal animosity, and the devious dealings of Goldman Sachs, the whole company was the only one not saved by the bailout or takeover deals. Lehmans went to zero.

Lehmans alone was left out in the cold

Merrill Lynch also collapsed, but it was taken over by the Bank of America. So it didn’t go to zero. Bear Stearns had collapsed earlier but it was bought by JP Morgan. Lehman was the example for the whole world of learning how to be punished, and seeing the destruction of wrong balance sheet construction. Lehman was not a worse business than Merrill, it was a better business than Merrill, and it was not a worse business than Bear Stearns. What however happened was that when it was time to talk about a bailout, all the people in the room, from the treasury secretary to all the other banks, every single person had been a Goldman Sachs (GS) employee.

So Lex’s retirement package also matched Lehman’s and went to zero. So as a young analyst who was really good at virtual stock games none of the outcome was part of his decision process and was not something he knew. So understanding that this was not an exception, that the world is defined by these edge cases, that the whole thing is just these edge cases, was an extremely valuable takeaway. While he lost everything he had at the time, in the long horizon, “things turned out quite all right”.

“I was a super interesting moment, I am so incredibly grateful for having that early in my career, you know, two years into my career, because I saw everything from the behavioural biases that people have about the places where they work, the problems of over indexing and to one particular security, and then more than anything, you know, like idiosyncratic risk that you really can’t predict.”

Overconcentration in any position exposes you to great idiosyncratic risk

This is the kind of risk that you cannot create a model for, nor can you have any good sense for it, because it is unknowable.

Diversification in portfolio construction is the answer

Build a portfolio without overexposing yourself to any particular holding – diversify. If you’re doing a barbell strategy, make sure the other side of the barbell is really conservative, so if you one of your positions fails, it doesn’t harm your portfolio in a big way.

People are not reliable sources of information

Most of the time the information you’re receiving from other people is based on emotion. They might dress it up in technical language, but it’s not useful information. It’s just how they feel.

Risk disappears or reduces very quickly, in the beginning as you start to blend stocks together.

“Diversification is the seat belt and blending in some sort of other instruments, such as bonds for example, is the airbag.”

Particularly for young people, you see senior financial experts managing billions of dollars, and you think: “This guy’s got to know.” Andrew always says, everyone’s ultimately making it up, this man or that woman just has a lot more experience making it up than others, and maybe has some great experience in risk management or another area.

It’s also hard to rely on machines, or charts or data, to give you correct information

Figure out your goals for the financial planning you’re doing.

Ask yourself the following: Why are you investing? What are you trying to get out of it? How are you going to behave when different scenarios play out in your investment’s performance?

What kind of investor are you? Do you need help? Do you want to delegate that to somebody who will make you feel more secure and give you a smarter overlay? Or do you want to do it yourself?

Lex at ConsenSys, one of the largest blockchain technology companies in the world, is focused on the tokenization of securities and the “connective tissue” between the traditional financial world and the world of digital assets, crypto assets, and how the two connect through platforms and software. So he’s trying to build some cool tools for people to get access to financial instruments that historically they either didn’t have enough money to do or was just too difficult to get involved with. It’s a very interesting opportunity because there has been a lot of pushback recently against cryptocurrencies at every level.

If listeners would like to keep up with some fintech news and developments, Lex invites you to check out his Twitter or follow him on LinkedIn for his newsletter.