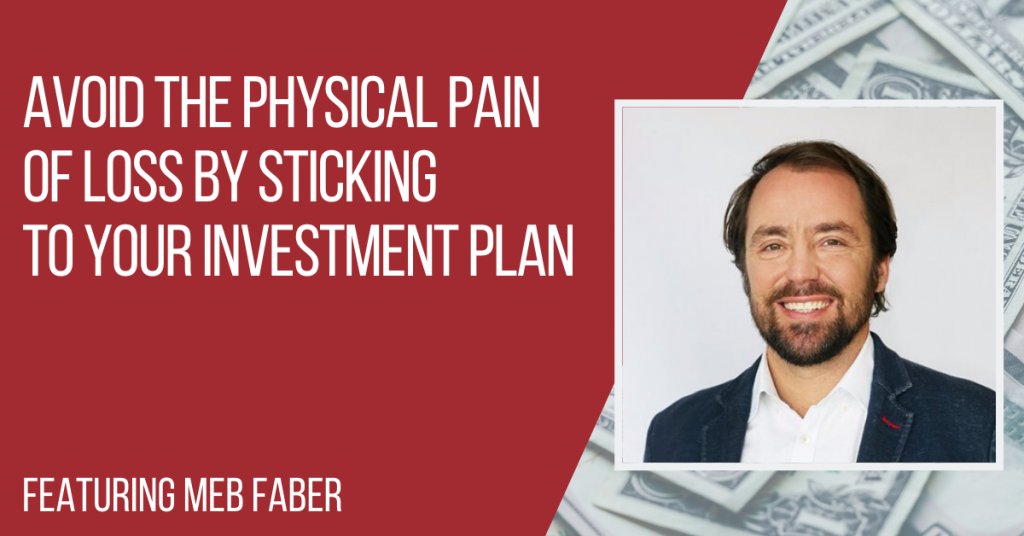 Meb Faber is co-founder and Chief Investment Officer of Cambria Investment Management and manages Cambria’s ETFs and separate accounts. He is the host of the Meb Faber Show and has authored numerous white papers and leather-bound books.

He is a frequent speaker and writer on investment strategies and has been featured in Barron’s, The New York Times, and The New Yorker. Meb graduated from the University of Virginia with a double major in engineering, science, and biology.

“The funny thing about investing in the computer age is we can now rely on an enormous library of investing ideas and concepts.”

The young investor with a chip on his shoulder

Like many young investors, when Meb got into investing as a young biotech engineering graduate in the 90s, he was full of vigor, overconfidence, and believed that he was the best investor on the planet.

At the time, the US was hit by the Dotcom bubble and US stocks were the most expensive they’ve ever been. And so, it was a wild time that made crypto look basic.

It was a pretty wild time to be investing, but also, biotech was a big deal. The human genome was getting sequenced by the government as well as the company Celera, and so biotech stocks were also going crazy.

Amid this madness, Meb identified a good stock to invest in, Biogen. This was in the early 2000s when biotech and pharma stocks were extremely volatile creating a lot of investment opportunities.

The storm that is biotech stocks

In most cases, biotech stocks, unless it’s a monster like Pfizer, will have these binary events where they have a drug that’s either going to get approved or not, in which case the shares will go 100% up or down. The whole company is leveraged to one outcome. And so that creates a lot of opportunity and volatility.

So with Biogen, everyone knew there was a date in the future where the company would announce whether the drug was approved or not. Meb believed that the drug was not going to get approved.

Meb decided that he was going to balance his equity investment in Biogen and build a trade so that in the off chance it does get approved, he wouldn’t lose all his money. He bought both puts and calls with the understanding that there would be a very large market move.

By the time the day came to announce the decision, the options had doubled in value because the volatility had increased. Had he taken off a half or a quarter of his position at this point, as it was already making money, and sold it off he’d have doubled his money. He could even have sold his entire position and be done with it without having to wait for the event to happen.

Too overconfident to think straight

Meb was, however, overconfident and wanted to make tons of money. He waited for the results to be announced. The drug got approved. And as he had predicted, his position broke even, but he did not make a ton of money as he wanted.

Now, if he had been thinking straight, he would have stuck with his original investment plan to exit the trade and move on. But his overconfidence led him to a decision that saw him make his worst investment. Meb decided to let the stock drift for a day or two and watch the market, hoping the stock would go up, and he’d squeeze out a little more profit.

Well, what happened was the company decided for no known reason other than to themselves, that they should pre-announce earnings. This caused the stock to drop all the way right back down to where it was trading before the announcement. Suddenly, this made both sides of his positions completely worthless. So instead of making a fair amount of money before the announcement or making a little bit of money after the trade, he ended up not only not making money but losing all of his money.

Consider the size of your position

Do not put massive leverage on one position. You want to live to bet another day, and if your bankroll gets taken away, you can’t bet, you’re finished with the game. So position sizing is really important.

Always have an investment plan

If you’re going to place a trade, come up with a plan and account for all the possible outcomes. Have a written portfolio policy. Your plan doesn’t have to be complicated, make sure you have something written down so that when shit hits the fan in the future, you can refer to your plan and stick with it.

Investing is just like a physical sport because every single thing that’s happening in investing has an emotional and a neurological impact. This impact manifests itself in your body. As it is with any physical game, success lies in discipline and having a structured way of looking at things as well as having a plan.

Have a plan and stick with it

Don’t be sucked in by investment scams

Often scams promise massive returns that aren’t realistically attainable by using various derivatives or other exotic instruments. Options can be very complex, and can easily cause you to lose all your money. So be careful not to get sucked into some idea that you’re going to make a lot of money from some complex strategy.

Have an investment plan, write it down, share it with someone, and make sure that you implement it.

Meb is a skier and intends to try out a couple of skiing spots in the US in the next 12 months. As far as his work is concerned, his goal is to grow his business and enjoy doing it.