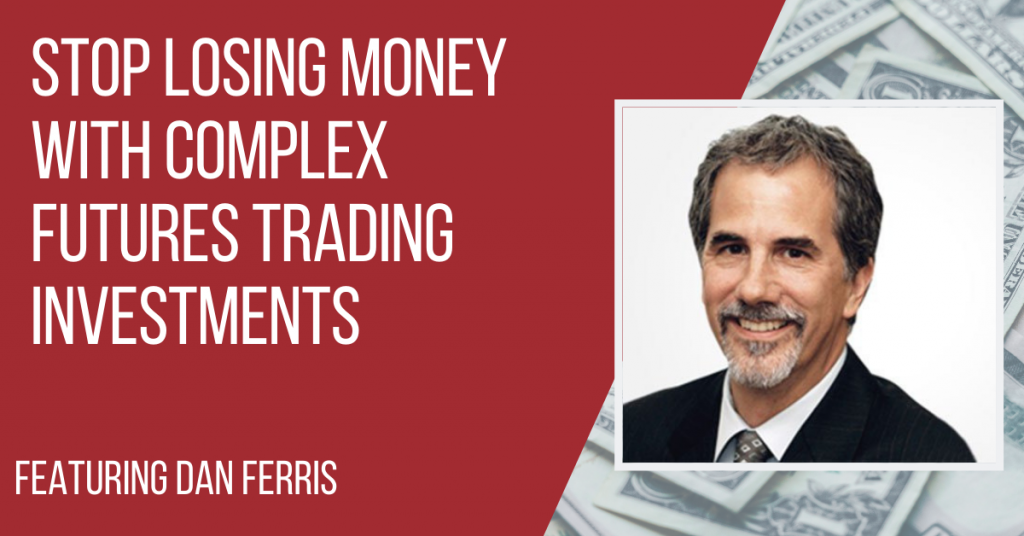 Dan Ferris is the editor of Extreme Value, a monthly investment advisory service that focuses on great businesses traded at steep discounts. Dan joined Stansberry Research in 2000 and became the editor of Extreme Value in 2002. Since then, he’s earned a loyal following and an impressive track record. Dan counts more than 20 major financial firms and well-known fund managers as subscribers.

Dan has appeared on Money with Melissa Francis, The Willis Report on Fox Business News as well as The Street with Paul Bagnell on Business News Network. He has also been featured in Bearings, the Value Investing Letter and numerous financial radio programs around the country. Dan also hosts Stansbury Investor Hour, a weekly podcast with a mission to help its listeners become better investors.

“People can learn futures trading but it’s really hard and takes a long time. Learn it from somebody who’s already done it well for a while.”

Dan didn’t have a career in finance in mind when he enrolled in college. He studied music and was a classical guitar performance major. He, however, had his eye on investment, which led him on a journey to his worst investment ever.

He had a deep desire to learn everything he could about different ways to invest and be a good investor and then communicate that to other people. He eventually got the opportunity to teach people about investing and risk management and he’s been doing that ever since.

Naïve zeal to hit it big

Dan was once waiting tables before he became the investment guru that he is today. During this period money was a struggle for him. This fueled his desire to become an investor even more. He continued to read stuff about investing and finance.

He gained a bit of knowledge in investing and was naïve enough to believe that he was ready to become an investor. He kept his eyes open for investment opportunities that he could afford.

Falling for the futures trading trap

One day Dan received junk mail in his email inbox containing a program to trade commodity futures, an activity that had becoming pretty famous.

The trading program made all these big sexy promises about all the money he could make and he was amazed at just how easy it looked. And just like that, he was sold on the idea!

He had saved a total of $5,000. He opened a futures trading account and deposited $2,000. He traded in platinum and gold futures. With $2800 of the balance, he bought a brand new handmade classical guitar, which he still has to date.

Unfortunately, the guitar was the only investment that worked. Interest rates went down and his $2,000 became $268 in about six months. That’s right. He watched $1,700 evaporate before his very eyes at a time he barely had any money.

Knowledge is power especially when investing

Dan was a green young man who barely knew anything about stock markets. He knew nothing about Treasury-EuroDollar (TED) spreads and treasury bills. He did not even have any futures-trading basics. The only investment knowledge he had in this kind of thing was from hearing somebody say that they go up when interest rates are moving in a particular way.

The investment program seemed good and easy and backed by his desire to be an investor, he never thought about taking the time to learn about futures trading before putting in his money. This cost him big time.

It is very difficult to make money in stocks. But forex trading is even more complex and should be approached very carefully. If you want to try it out make sure you undergo some (a lot of) forex trading training first.

Learn the art of saving money

The art of saving money teaches you the discipline of not spending money blindly and instead, keeping it so that you can put it into good use in the future.

Investing is complex enough, but if you go into stock markets, forex trading, T-bills and other instruments, it gets even more complex. The key to succeeding as an investor is to keep it simple. Always go for opportunities that reduce your risks.

Don’t be in a hurry as an investor. You will constantly be sold to by brokers telling you to get into one investment opportunity or another. You don’t always have to. Take your time before you invest and make a good decision because ultimately, you are putting your capital at risk.

Dan and his chief research officer Mike Barrett plan to pay more attention to underpriced stocks in the next 12 months. The stock market is currently witnessing one of the biggest shifts since 2009. The cheapest stocks in the market have finally started to perform, while the most expensive stocks are underperforming. Dan plans to take full advantage of this.

“Read chapter 20 of The Intelligent Investor by Benjamin Graham. I still read it every month. Do it. Just do it.”