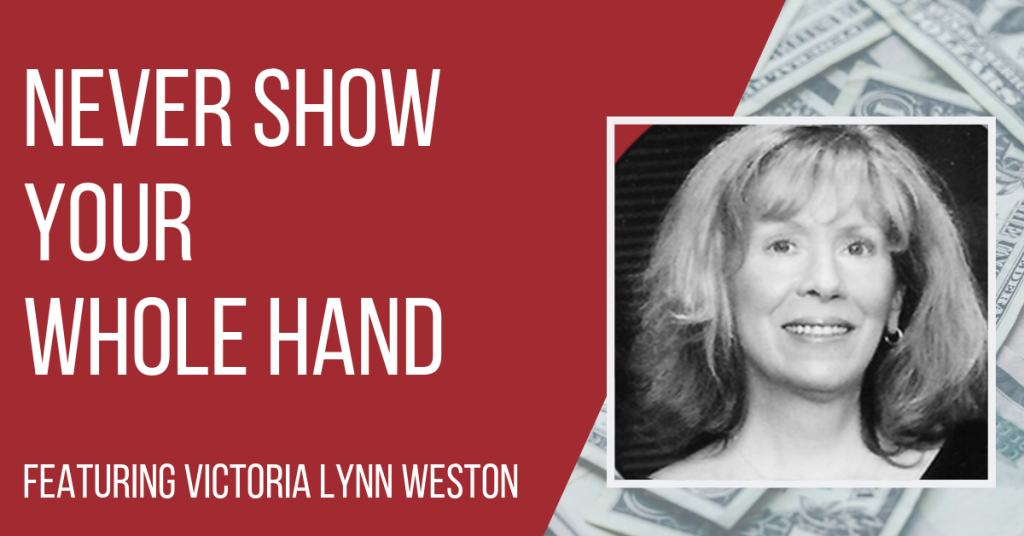 Victoria lynn Weston boasts more than 20 years of experience as an intuitive business consultant working with professionals and business owners to provide insight to help them make better decisions. This business intuition coach is also an entrepreneur who loves voice technology. She’s the founder of Studio Carlton, which produces and develops custom Alexa Skills for professionals and companies. Victoria is also a producer of PBS-featured documentaries such as America’s Victoria, Remembering Victoria Woodhull and the America’s Victoria Alexa Skill.

As an intuitive business consultant, Victoria offers a broad spectrum of insights to help individuals achieve their professional goals. She also encourages people to trust their own intuition. Fun Fact: She used to be known as a corporate psychic.

“Intuitive insight can be invaluable when used as an adjunct to your facts and logic.”

Psychic business coach gets a vision

Having worked as an intuitive psychic business coach for more than 20 years, Victoria is indeed a master of helping professionals and business owners make better decisions. It is no surprise that now and then, she will have business visions and ideas that she pursues.

One of those visions was to produce the world’s greatest psychic reality show. She thought that this idea was going to work, and that it would be magical. Part of it, she admits, was intuition, and another part was a bit of wishful thinking.

She decides to trust her intuition

She went ahead and took time off her other businesses and concentrated on writing a proposal for the TV show idea. She put blood, sweat, and tears into the proposal, and it was indeed good.

She had the visuals and photos in her proposal. She also had this spectacular test that could be done to convince any skeptic that intuition psychology works.

She spent so much time analyzing and putting things together. In short, she had thought of everything to make the show a success and had all those details in her proposal.

Meeting the bigwigs in the TV industry

With her experience and connections, she was able to connect with TV big shots, including ABC producers, MTV producers, the Game Show Network, and others. She held pretty good meetings with the who’s who in TV production and pitched her reality TV show idea.

Her sweat, blood, and tears go down the drain

Victoria had spent so much time putting together a solid proposal and had managed to pitch her idea to top TV producers. She was sure that one of these producers would endorse her pitch and her show would be on TV soon.

Her show did appear on TV but not in a way she would have imagined.

A friend called her out of the blue one day and congratulated her on her show that was running on Lifetime TV. She was taken aback as she had not gotten into any agreement with anyone regarding her show.

The friend informed her that Lifetime TV was promoting a show using words so similar to her proposal that when she heard the promo in the supermarket, she thought it was her show.

Upon further research, she found out that Lifetime TV had come up with a show dubbed America’s Top Psychic. Somebody had stolen her idea.

What she came to realize what that while she was pitching, she had given out more information than she should have. The show producers had everything they needed to create a similar show without her. She had given them all her ideas on a silver platter.

Nine good months of burning the midnight oil researching and coming up with the perfect proposal all went down the drain.

While for most people, the worst investment involves losing tons of money, Victoria’s loss was about time. Even though she had also lost a bit of money spent on the proposal, the pain came more from losing that commodity that can never be earned again – time.

To her, the most valuable thing we have is not money; it is time because you can’t take back yesterday. She had invested a lot of time and energy creatively, and now she had nothing to show for it.

Victoria learned one huge risk management lesson from the whole experience; you never show your whole hand. Don’t get too eager and excited about your idea that you share everything about it with the people you’re pitching to.

Give them just enough to know what your idea is all about, but not enough that they can run your idea without you. Unfortunately, Victoria’s proposal was so detailed with all the exercises on what to do that it made it easy for anyone to copy it.

Never trust anyone with your idea, especially in the TV industry. Protect your ideas because TV people are always looking for ideas that they can implement without necessarily hiring you.

Let your passion guide you

No matter how big your loss is or how many hurdles you face, keep going because at the end of the day, it is all about to where that experience propels and compels you. Through your loss, you learn some good stuff, and you learn some bad stuff too. Don’t walk away feeling cynical or scornful because that prevents you from really living.

Always hold something back

Never bring your full force to bear. Always hold something back so that when you start to make some progress, you’ve got more ammo to penetrate and get through. Drip out a few goodies along the way so that you people don’t get the core idea right off the bat and to also keep them excited and interested in you.

Whenever you’re making a proposal, always make sure you go into a pitch meeting with a lawyer and have them guide you on how much info to reveal. When you’re doing pitches in the creative arts, and you’re writing proposals or screenplays, you have to have a really good agent and manager.

Victoria’s advice to people in the creative arts is also to consider using Alexa Skills and do their business independently. You can do interactive content or a web series. Produce something small scale and get a bunch of publicity around it using Alexa Skills, and then the big wigs will come to you.

Victoria’s number one goal is to create more interactive Alexa Skills. She’s already working on something unique and different. Something that tests your intuition and clairvoyance, psychic abilities, and inner cards. She’s creating this for Amazon Echo Dot. Her goal is to win an award for her creation.

“Always go for the passion and trust your intuition.”

What are Alexa skills? How can you benefit from them?

Alexa is the voice technology for Alexa Echo dot and other Amazon Echo devices. It’s much like Siri for iPad. You can ask the Amazon Echo Dot simple things like what’s the weather; you can play games and so on.

As a creative, you can create your own Alexa Skill and use it to promote your work and build an audience. So for instance, if you have a podcast, your audience can get your tips or listen to your podcast while sitting in the car via an Alexa Echo device. Then you can send them a text message with a weblink. That weblink could be a summary of your show or any other content that you want to share via a custom landing page.