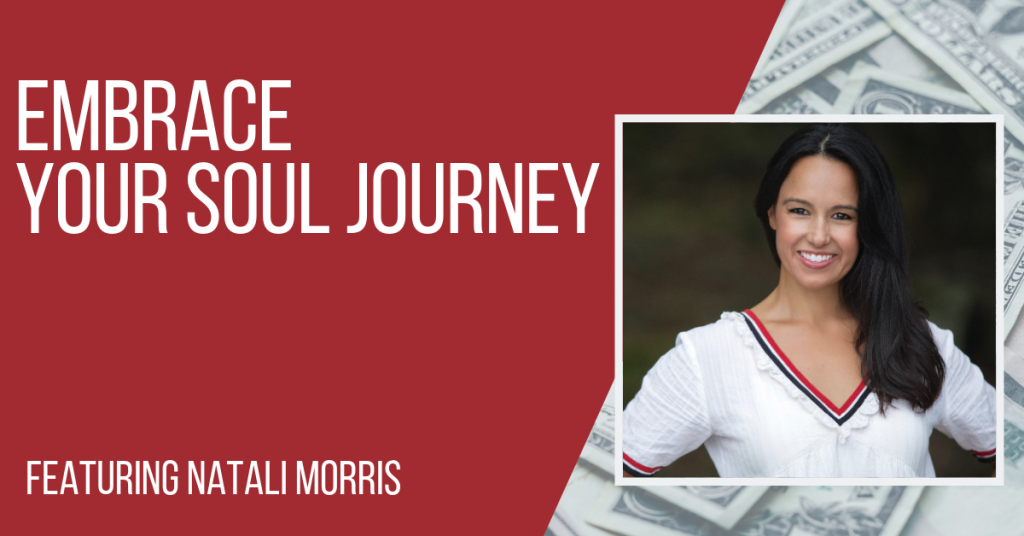 Natali Morris is a former network news anchor turned personal finance educator and motivator. Her specialties include personal finance, business, and technology. She is currently a contributor to CNBC and MSNBC, where she was previously an anchor, a role she also filled prior to that at CBS Interactive. Her experience includes being a contributor to CBS News and the TODAY show, along with CNN, ABC News, G4TV (a former US digital cable and satellite TV channel), BBC, The CW, Fox News, Fox Business News, and Univision (Spanish-language reporting).

She has written for Consumer Reports, WIRED, Variety magazine, MarketWatch, TechCrunch, The San Francisco Examiner, PC Magazine, ELLEgirl (now defunct), the Oakland Tribune (now the East Bay Times), and more. She has a bachelor’s degree in journalism from California State University East Bay, and a master’s degree in sociology from the University of Southern California. Prior to 2010, you may have seen her work under her maiden name, Natali Del Conte. Natali is from the San Francisco Bay Area. She lives and works with her husband Clayton and their three small children. Her sole focus is to not screw them up.

“I don’t want to focus all the time on shrinking my life, because that’s what I’m worth; I want us, all of us, to expand our lives.”

Andrew’s query on learning about finance

“When you first looked at the idea of learning finance, or learning investing for yourself … how did you feel about what you were faced with?”

“If you look at your finances, how to get them in order and how to then save and invest, as a whole, it’s too much … I started reading these books about how many fees are in your funds, and your IRA and your 401k, and I got myself all worked up and pissed off. And then I was like, well, where do I put them? … So … that wasn’t getting me anywhere until I decided: ‘Okay, take one thing, learn that one thing and that teaches you the language of finance to go to the next’.”

Learn one book or take one step at a time

Someone once asked Andrew: “How many books have you read?” The answer was: “Thousands!” The query continued: “How did you read so many books? Andrew answered: “I read them one at a time.” In reference to Natali’s “learn one thing at a time” strategy, Andrew agrees, saying: “Take one small step at a time.”

Andrew’s mother was very much involved in his household’s financial decisions and money management. His mother and father worked together for years to build financial security, so that they lived a period of 20 years in retirement without financial trouble. When Andrew’s father passed away, his mother moved to Thailand to stay with him and she is still financially independent.

You can never get to true success in business, investing or in building wealth by cutting costs. There is a limit to cutting costs, so the other part has to answer the question: “How do we grow?”

FBI probe of investment that dare not speak its name

Natali had some trouble choosing her worst, as she’s had so many challenges. One story she can’t really talk about because it is the subject of an active FBI investigation into some funds that were in her IRA. This investment was particularly heartbreaking because she had her children’s investments tied up in that situation, as well hers and her husband’s.

Natali and her husband Clayton (a previous guest on this podcast) got into business with someone during the past five years. They were helping other people invest in off-market properties. Their partner was a fiduciary (a fiduciary relationship is formed between two parties who trust each other. In real estate, a fiduciary relationship is created between a real estate agent, known as the fiduciary, and a buyer or a seller, known as the principal) who was selling all the houses and Natali and Clayton we were getting referrals on any investors that went through him. Toward the end of their relationship, they realized that a lot of the rehabs (renovated homes) he had said were completed, had not been done or were incomplete. That ended up exposing them to a lot more liability than they had planned for.

It’s very hard to save your way to wealth

In fact, Natali says it’s almost impossible. She found that realization a very difficult change in her thinking. But change she did, and now she tells her clients and students that if she could achieve that shift, then they can do it too.

Collated from this My Worst Investment Ever series, the six main categories of mistakes made by interviewees, from the most common, are:

Mistake No. 4 is Misplaced Trust

Andrew goes on to ask Natali about possible signs that listeners could look out for in case of a similar challenge.

Natali’s lessons on trust delve into the spiritual

Natali and Clayton explored why this had happened, looked back through their communications, and how they formed the relationship with the fiduciary partner and they found it very hard to pin down how they could have known. Thus Natali calls this more of a “soul challenge” than a practical challenge, because she and her husband were unable to determine how they could have averted the results of this fiduciary partner’s misrepresentation.

Need for healing aside from legal, practical redress

Natali and her husband actually teach people to take charge, run their numbers, research risks, understand who they are dealing with and do their due diligence. They had done all that. So after a few occasions of misplaced trust, she started to seek healing. The lessons she learned came from a spiritual perspective, and that somehow before this happened, they had been led toward all of the steps they needed to protect themselves.

She had been working closely with state lawyers to make sure they had a domestic asset-protection trust, and another instrument close to an offshore trust that is available under US law. She had educated herself and established those trusts before she and Clayton had had any problems. She had educated herself on different insurance plans and decided to open a captive insurance plan, a kind of advanced investor tool. She was prepared and realized that a lot of times when a “big soul challenge” is coming, you have been prepared in ways by which you were not fully aware. Then when it hits, you realize why you needed to be so prepared. She says, some kind of spiritual guidance, guardian angel or higher power is putting in front of you the people, the books, the podcasts, and the information you’re going to need to guide you on your path. If you pick them up, you will be more prepared for the soul challenge when it comes.

What if she hadn’t been so ready?

Natali often wonders what would have happened if she had failed to pick up the tools she had found before her. If she had just stepped over them before the soul challenge arrived, she would have sustained much greater injury. She would have been saying:

“I could have read that book. I should have called that person, I could have hired that estate lawyer.”

Right path is usually not so hard

Some people say that they’re searching for God’s will on a matter. Others could say: “It’s just the right path for me to travel in life.” Andrew argues that the right path is usually not too difficult. If you find yourself getting in too much difficulty, it is probably a good idea to step back. When you think about spiritual preparation, look for a path. It’s not necessarily the easiest path, but it makes sense and it feels right.

Listen to your intuition

When something feels wrong, pay attention, bring it up and put it on your desk right in front of you.

“You get into this scary time … you’re in … ‘the belly of the whale’ … and you’re like, ‘how did I get here?’. I don’t know what the journey is but you have help along the way and somehow you come out of it a different person, and it shows you what you’re made of and what you’re supposed to learn from it.”

Look for the next book

Natali recommends letting the next book or message fall in front of you and then read it, and follow the intuitions or “wisps” of whatever is trying to guide you.

“Every moment gives you an opportunity to see and ask ‘Is this preparing me for something that I need to know?’ Let me give it some real thought.”

Read A Hero with 1,000 Faces and you will realize that all mythology has a story to teach us about how we are being prepared for our own hero’s journey. Natali is still involved in many painful situations, and she may not come out of them a hero, but that doesn’t mean she will quit. She’s learned a lot about herself, especially during 2018 when she had her husband went through difficult times. But now she is stronger, not afraid of money, not afraid of investments, and willing to take on a seller finance deal and talk to a lender. She is a lot stronger than the “little housewife” she was trying to avoid being.

You’re stronger than you think. When you face difficult challenges out there, the reality is that you can make it through.

Natali wants to find a way to put the benefits of her and her husband’s Financial Freedom Academy in the hands of the people that need it the most, so that whatever soul challenges that have to do with money in their lives, they are not afraid.

To listeners: Anyone who is facing the results of their worst investment, “this is just their opportunity to slay the dragons”. and be the hero in your story.

“I appreciate you being empathetic and letting me talk.”