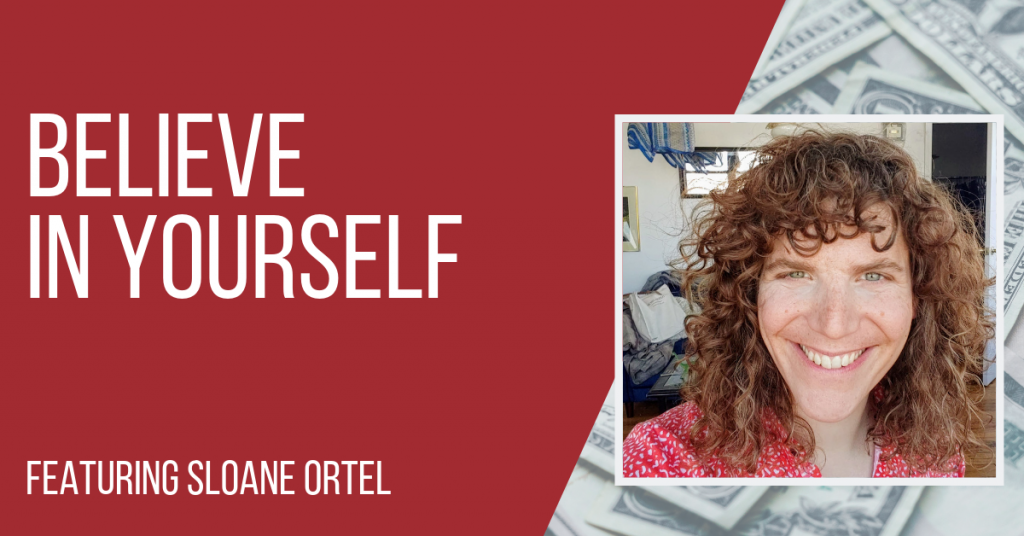 Sloane Ortel is an explorer and definer of the connections between capital markets and economic/cultural forces. Our guest is the publisher of The Sloane Zone, “an email newsletter that comes when you least expect it and makes more sense than it should”. She holds a bachelor of arts degree in English from Fordham University, was one of the youngest registered representatives of Oppenheimer & Company, and has served and helped establish Newport Value Partners as a consulting analyst. She now works as an independent strategy consultant for big investment organizations after spending nearly a decade supporting the members of the CFA Institute as a collaborator, commentator, curator, and subject matter resource.

“(At the CFA) I spent the better part of a decade talking with folks from every conceivable time zone about … really doing things that mattered for people there, like building better financial markets that can better serve the people. And that’s wonderful and noble, but for my own personal investing, it sort of created the idea that investments came in a particular package.”

Investor put off Bitcoin bonanza due to odd advocate

In the summer of 2010, when Sloane had just joined the CFA, she had a very unusual, purely meat-eating Eastern European person move into her house who was “in the process of moving all of his personal wealth into Bitcoin”. While he piqued her interest in the topic, she did her own research and decided to avoid involvement, as her perception of her influencer as bizarre kept her from taking action and getting into what might have benefited her. Skeptical but curious in 2012 after her roommate moved out, Sloane decided to have another look at it, doing the numbers on setting up to mine it. Again she dismissed it due to its connection to the extremely eccentric guy she associated with it. In 2017, as more “legitimate” institutional interest started being paid to this new asset class, she decided to invest in Bitcoin herself with initial funds of $200, and tried to lose it on purpose, as a sort of validation of its difficulty to trade in it, therefore its validity would be proven and she would dive in more.

“If it actually takes skill to trade the thing, I should be able to lose money on purpose. And if I could do that, then I do actually have evidence that there is skill involved in trading the entity, and I can sort of rationalize putting a larger allocation into it.”
Sloane Ortel

Things took an unexpected turn as her investment skyrocketed and gave her $1,400 in profit in around six weeks. Nevertheless, she withdrew her initial capital and left her profit as her initial perception of the investment had affected her investment decision. As investors took a huge blow after its sudden drop in value, Sloane looked back at her investment and found that it had done way downhill. From a 600% profit, it went down to just $35. But …

“The overall upshot of the story is that I allowed my perception of one particular person to keep me from participating in this giant secular bubble until it was almost too late.”

Part of the reason Sloane was not talking about the investment was out of a fear that people would perceive her as being as strange as the person who had first suggested the foray into bitcoin.

Take the impulse to actually trust your own instincts

Listen to that inner voice, is what Sloane says she should have done.

Be open to input from outside conventional packaging

People can be very resistant to things that are not traditionally presented in the manner they expect. Sloane said she is one such person. In institutions, there is almost a parade-type function that a process needs to satisfy for those with power to accept and execute it.

People around us can influence us and our thinking

Andrew pointed out that most people have heard the expression that we are the average of the five people closest to us. But when it comes to investing, he said it is wise to remember that we often think and operate in a bubble, and that the people around us are tend to be like-minded thinkers, and therefore whatever is happening around us is what shapes us.

Build your ideas inside and outside the bubble

Although we are prone to be affected by external factors and influences, we must not let them become the main drivers of our decision making.

Of the six main categories Andrew has drawn from the My Worst Investment series, Sloane took this hit:

Andrew liked the ideas of kind of giving yourself space, building confidence, being “weird”, and not being afraid to lose. He does add one key thing: The second most common mistake he has come across is “failed to properly assess and manage risk”. So an overlay to allowing space to be human is to “just do it on a small stage in the beginning”. Andrew is of course talking about a way to manage risk by sizing your position according to risk appetite and your means. In response to that, Sloane adds …

“Position sizing is 100% of why I have such wrinkle-free, beautiful skin! I don’t moisturize; it’s all position sizing.”

To turn her engagements into something that the general public, in particular the investment community, will open their eyes to and gain valuable output from.