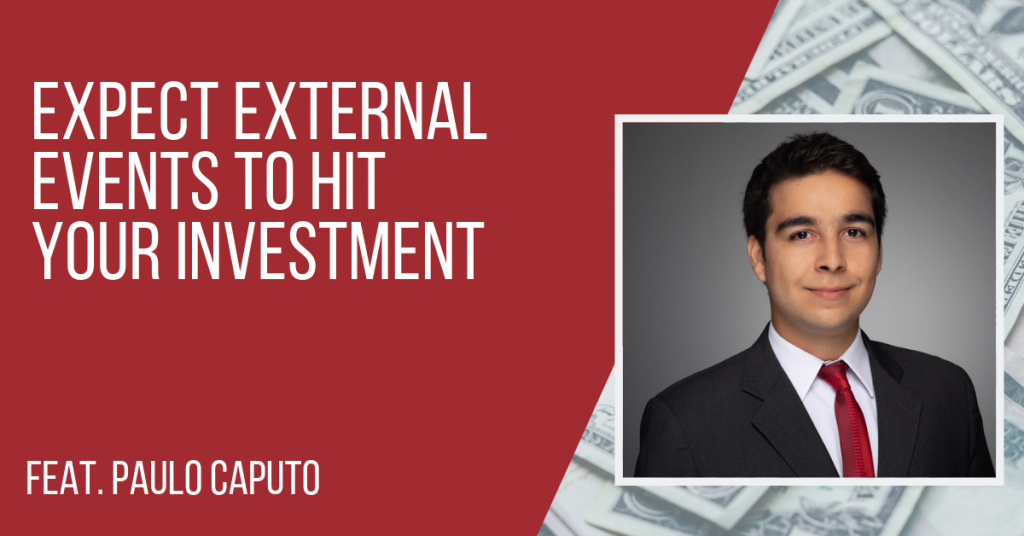 Paulo Caputo is pursuing an MBA at McGill University (Canada) with a concentration in global leadership and strategy. After graduating with a bachelor of economics from Faculdades de Campinas in Brazil, Paulo worked for five years at Cyrela Brazil Realty, the largest real estate company in South America, acting as a regional controller in his last role. He then spent a summer launching Uber’s operations in Belo Horizonte (sixth largest city in Brazil) before co-founding  Baanko, a social enterprise with the objective of supporting and scaling social-impact businesses in Brazil. At Baanko, Paulo developed an in-house business methodology framed around and aligned with the United Nation’s Sustainable Development Goals (SDGs). Paulo is interested in pursuing careers in scalable technologies and impactful industries, with particular focus on AI and entertainment. His personal interests include tennis, outdoor activities, coffee-brewing methods and barbecuing. He is the executive president of McGill’s Desautels Faculty of Management One World One Culture Club and received last year’s Mandri-Muggenburg Family MBA Leadership Award.

“I really believe in giving back and this is something that I learned since the beginning of my career. For me, this is part of it so call on me for whatever you need and whenever you need it.”

Around seven years ago, Paulo experienced what he called a “real fail”, meaning in terms of investing, it was not a case in which he could find a way through to recover or minimize his losses. This one was “critical”. While he was working for Cyrela, the largest real estate operator in South America offered staff the opportunity to invest in one of its apartments, under apparently favorable conditions. Cyrela offered to waive all commercial, marketing and transactional fees, which meant a discount of 17%-20% off the face value of each apartment. In Brazil, to buy a residential property, during the construction period you only need to pay 30% of the price, then you hand over the remaining 70% after the vendor hands over the keys. So lenders provide credit and you pay off the mortgage to them.

Paulo liked the idea because he felt he was an industry insider who knew exactly what to do. Also, the apartment was conveniently located, so he felt confident about finding potential buyers. His idea was to sell the unit during its construction period, thereby being both an early investor and an early seller. He also felt confident he was investing in something valuable at the time and that it would generate a great return. Somewhat focusing on all the good points and so touched by a fair measure confirmation bias, he was expecting to easily find someone to buy, that he would know exactly the right time to exit the unit, and that he would get the price he wanted for it. But things did not pan out that way. Adding to his early excitement was that he was investing in a product that was part of his life, because he was working for the company that was building and selling it. He admitted that social validation was also a driver behind his decision. He really believed in the operation that he was working for and that nothing could go wrong.

But the political economy of South America, particularly Brazil’s, is always a roller coaster of volatility and Paulo got hit in one of its swings downward, the first episode of declining fortune for the previous government. He explained that investments in real estate involve a very high-end product. So it is high on the chain of products people can buy in their lives. A home is not something you buy every day and it is an item highly vulnerable to outside events, political, economic, and social.

So, Paulo tried to sell his apartment several times, involving the entire Cyrela sales force, all of whom he knew. But, liquidity in the housing market was frozen. It was not a problem of the product or a problem of the price. It was just that people were averse to taking on any big purchases. He said that when there is such a blip in the political and economic cycles, most people are not going to take on such risk. So buyers wait for a recovery, and in real estate, at least in Brazil, property is the product that is first to be hit, and the last one to recover. So before any buyers are ready again, everything needs to be back on track before you can start to resell apartments or other big-ticket items. So either you are ready to dig in for the long haul that you are exposed to or you have to cash out completely.

Paulo eventually sold the apartment back to Cyrela at a big loss because he was unable to find another buyer. So of the saving he was offered at the beginning, he paid around twice or triple that amount when he exited the investment.

Operating a business and investing in a business are very different. Paolo really thought that because he was working at a real estate  company, had worked in many areas of it, and that he really knew the business, that he would be good investor in that business. The signals the market sends are vastly dissimilar from the signs you can read from the inside of a business structure. As a buyer, one can only see a narrow part of the entire picture.

Dig deeper if your bias and marketing departments are saying something is hot. Investors can really be influenced by explicit and implicit influences. They are always being hit with different messages sent by the market or the people promoting an investment. In Paulo’s case, Cyrela had invested a lot in promoting the deal to staff, emphasizing how the discount would make buying one of their homes a good investment, as were his peers and bosses, who were always sending positive signs that fueled his own confirmation bias – what he was expecting to hear. It is very difficult at such times to see any red flags about possible negative impacts.

Talk with people who do not stand to benefit from your potential loss. Talk to people outside the deal, who never bought an apartment, never heard about a stock that you are trying to buy or sell, and try to explain the business to them. Their questions will make you think more deeply about what you’re getting involved in.

Be aware and look for details about potential harmful impacts or events. Paulo never considered that the economic or political context would be so tough on the investment. Not only that, it neither entered his mind nor his decision-making process. Sometimes such impacts can be related to the federal government, sometimes local government, and can have an enormous impact on the performance of any investment.

“I think more and more that failure is a part of any success … now I can see from a completely different spectrum.”

Ensure you understand the characteristics of the sector you’re investing in. Something very important to remember is whether the sector you’re investing in is a consumer staple or a consumer discretionary item, in terms of sector classification. The whole point of the discretionary sector is that it comprises products that are not used or needed every day and so consumers can delay buying them. These are items such as a car, a house, a condo, even a TV. The difference between discretionary and staple items, such as coffee or food, is that the latter are those that people keep buying even when there is a recession, although they may go down a bit. But when the economy has a hard time, it is discretionary items that really get hurt.

Always be aware of external factors. Investors often forget about external factors. Everything was right about Paulo’s investment. He was working for the company, he had good information, it was a good product, he believed in it, other people around him were making money on it. If things didn’t go sour in the economy or the political situation, Paulo would have probably made a good return. But when external factors hit, they can have a massive impact on your investment and can even wipe you out, especially because they are so often events that you cannot possibly predict.

So how do you deal with external factors? Manage your risk and diversify. Andrew suggests to Paulo that the common mistake he was talking about was No. 2: Failed to properly assess and manage risk. Paulo probably assessed the risk quite well, but as far as managing the risk, that is a different activity. Paulo may have liked this investment, but the problem that most people have is that they put a lot of money into a particular investment. So, they’re not managing the risk of their overall portfolio. If this was 5% or 10% of the money that Paulo were investing, then he probably could have found a way to work around it and stay with it for a longer time, or he could have just cut his losses without much damage. But particularly when we’re young, it’s hard to diversify, because we don’t have the capital to do that.

Don’t be driven by emotion or flawed thinking. Paulo was surrounded by people that were confirming his investment. Being surrounded however is a little different to common confirmation bias, which is that people go out looking around the internet or around brokers or other people to try to find people who agree with their idea. But here Paulo was surrounded by people who agreed, and some of them had made money over the years doing this type of thing. So it was not a case of them being misleading, there was just no one talking about how it could all go wrong.

Surround yourself with people that can challenge your thoughts and your assumptions, and you can learn from them every time.

Talk with people who you trust and who can provide you with good feedback about your reasoning and can challenge your assumptions.

After the first year of his MBA at McGill, Paulo wants to do an exchange stint in China. McGill has many partnerships with universities in China and he is fascinated by Asia. His main focus is to keep striving for better understanding of AI to be well positioned for the future.

Despite any failure, don’t stop, be resilient, know what you want and strive for it.

“There is no path with only success and winning … (Losing) is part of the game. So play the game, bring your ‘A game’ … and in the end, you’re going to win.”