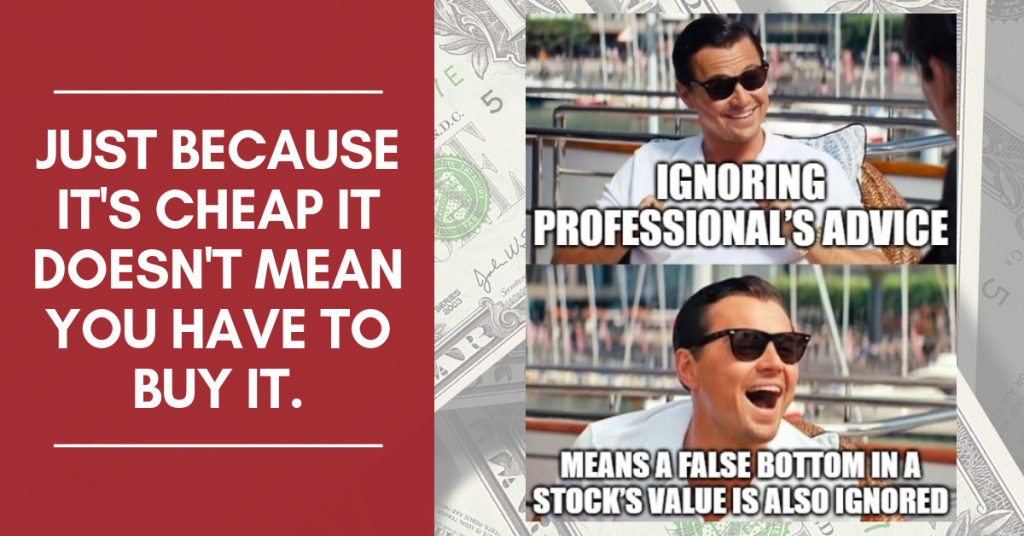 When initially considering what my worst investment was, I thought about the 50-year-old Royal Enfield motorcycle that I bought in my early 40s (guess why?), which is so delicate that it never works and just stands in my mother-in-law’s garage in Switzerland. But on further reflection, it still makes me happy that I own this bike, which means: “I’m such a cool dude.”

My worst investment has to be when I convinced my wife (who is also my asset manager) to buy UBS Group AG (Swiss multinational investment bank [UBSG:SW, UBSG.S, ]) shares in 2009 or so after the bank had almost gone bankrupt and its shares had tumbled from 68 Swiss francs (CHF) to 20 CHF.

Actually, I had never liked UBS as a company, but I had thought that its share price had hit its bottom, that such a solid bank would never go under and that it would recover quickly. My wife thought it was a stupid idea but she allowed herself to be talked into the play.

The share price has never really recovered (remains at 13.64 CHF at the time of writing). Which is only half the reason why this was my worst investment. The main reason is that despite not liking UBS, I was suddenly forced to wish them well, even having to follow the news about these idiots.

I gained two valuable insights: a) leave financial matters to my wife (a financial professional), b) only invest in companies that I actually like (their business model, passion, image, culture and the like).

When I was young, my mother often said: “Just because it’s cheap, doesn’t mean you have to buy it.” Many people jump into an investment because they think it’s at a once-in-a-lifetime price. When the price is “cheap”, they ignore so many factors, such as the future outlook. Think about when you’ve gone shopping and found a deeply discounted item. It was neither exactly the right color nor exactly the right size, but the price was so low it was irresistible. This type of buying is usually a waste of money.

One of the most important steps in the process of investing is to write a plan and follow it. The benefit of writing a plan is that it requires you to think ahead about what it is you want to invest in. The plan also serves as a guide that you can compare your actions to see if you are investing the way you want. So, make a plan and follow it.

1. Failed to do their own research

3. Driven by emotion or flawed thinking

Posted in 1. Failed to do their own research, 3. Were driven by emotion or flawed thinking, Failed to test the investment thesis, Ignored a professional’s advice, Let emotions drive their investment decisions
← Classic Case of Caveat Emptor (Let the Buyer Beware)Missed Opportunity Stems from Hasty Decision on a Stock  →