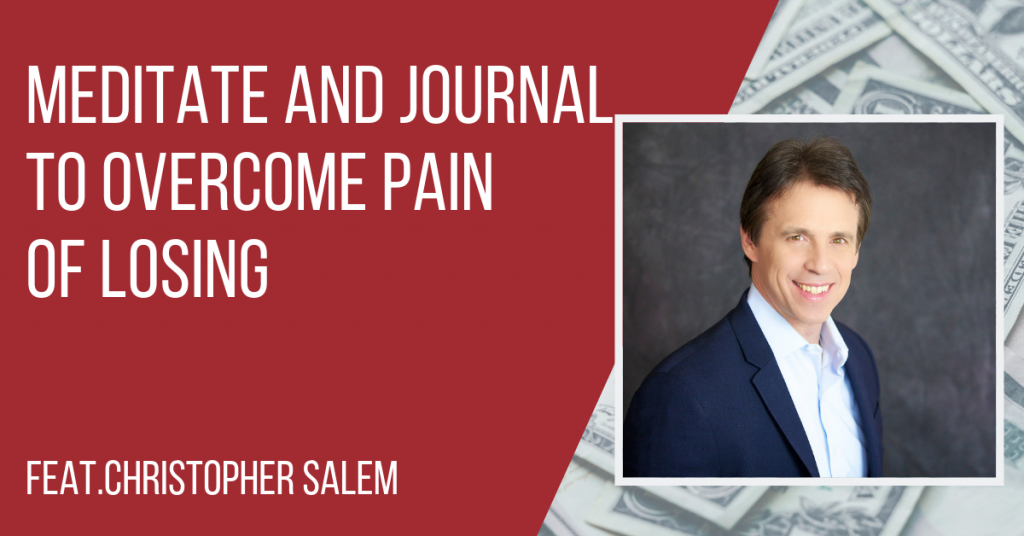 Christopher Salem is an accomplished business and emotional intelligence strategist, world-class speaker, award-winning author, certified mindset expert, radio show host and media personality. He is also a wellness advocate partnering with entrepreneurs, corporations, and small businesses to help his clients overcome their limiting beliefs so they can adopt processes to operate within the solution – and not manage the problem – for sustainable success. Chris has worked with organizations such as JPMorgan Chase, Ralph Lauren, Microchip Technology, Anthem, the United States Census Bureau, Hubbell, and the NYPD forensics department. He has also worked with tertiary institutions, such as the University of Hartford, Bay Path University, Worcester State University, and spoken on overcoming limiting beliefs for peak performance at the Harvard Faculty Club.

Chris is the originator of the term, Prosperneur™, which refers to an individual whose health and wealth are aligned in a way that leads to true prosperity. His book  Master Your Inner Critic addresses this and in doing so hit the international best-seller list in 2016. He was also a co-author of a recent edition of Mastering the Art of Success with Jack Canfield. His weekly radio show, Sustainable Success, is broadcast on the VoiceAmerica Influencers Channel.

“I could have acted out, I could have started drinking … (and gone) back to the things I used to do when I was really young that would have taken me out. But … I made a conscious choice to be mature about this … there was nothing I could do except go forward, be present and … not allow this to sideline me for any other future decisions or risks that I would take, whether for starting a business or making an investment.”

Chris’ story is set in the boom time before the global financial crisis of 2008. House prices were skyrocketing alongside stock markets and people were doing well. He had invested in start–up companies before, his first being back in 1993. So in around 2006 he met a couple of very smart founders of a media company who were going to revolutionize the video space on airplane seatbacks to engage business and first-class passengers with special offers. After some due diligence, he wanted to invest in what they were doing to make the company succeed from the ground up. With his media background, it was also in an area in which he was interested.

All pieces and people in place for air-travel-tech winner

So he put a lot of time into preparation for this investment and when he went ahead with it, everything looked as if it were going to plan. It was a truly disruptive business idea that filled a niche and a need. That positivity was boosted by the presence of American Airlines’ former CEO Robert Crandall on the board of the company. Chris invested a considerable sum, not being exactly averse to some risk.

At first, the company was showing a lot of promise with its special offers based on personalized information obtained through credit cards. If a VIP passenger’s lease on their Audi was finishing in a month, and they were going to be in Las Vegas, the company would put an offer up on the seatback monitor for the passenger to test drive a BMW when they arrived via sophisticated algorithms and processes. All of this was being run by people with excellent credentials in technology and business in general, “Six-Sigma-type guys”.

But then the financial crash hit. As a result, Chris and the team’s venture began to unravel. The progress of everything slowed down, and certain airlines planning to go forward, did not. Also slowly Chris began to watch the money invested by himself, other investors and the company’s founders being burned through quickly. All measures to save it were fruitless despite that extensive planning had gone into it, despite how great it looked on paper, and despite the support provided by a lot of skilled, experienced people. The company also never made a sale to a single airline.

For all involved, it was a very difficult time. His marriage was young and they had just had a son. Though it didn’t bankrupt him, it put him in a very tough place as he had lost a large sum of money and time doing research and managing the investment.

Chris had to decide whether to sit in the problem, act out and be angry, or just accept what had happened, live with it and advance to what was necessary to get his money back. Eventually, he weathered the storm. He said he could have started drinking or doing other things that would have taken him out, but he made a conscious choice to be mature and go forward, be present and not allow this to sideline him for other future decisions or risks in starting a business or making an investment.

Active investors must learn to accept that losses do happen. It’s just part of the game. Even though you’re going to win some and lose some, take calculated risks.

Learn how to stay calm in these situations and be truly present. Believe in yourself and know that if you continue to do right things, with the right habits and disciplines, in time you will make the money back or you will make another investment that you put a lot of time and due diligence into that will pay off.

Don’t allow mistakes to take you out of the game. So be cautious, do your due diligence. Reflect and try to emerge with gratitude and humility, because even the great investors have lost vast amounts of money. They just don’t talk about it.

The winners are not the people hitting home runs all the time, they’re just those who don’t strike out in business, finance and investing. Everybody experiences losses at some time or other.

Risk management is vital. Though Chris lost a lot in this story (he estimates 10 years of work!), many people lose everything in deals like this because they ignored the readily available risk management methods.

“They say: ‘I lost everything, I lost all my money, I lost my family, I lost everything,’ because there are risk management principles that they didn’t follow, such as only investing a small amount of your money into an idea, particularly in the beginning.”

The pain of loss can be crushing, but there are ways out of it. Sometimes everything goes wrong; an investment, a business idea, health, work. When you get in such a storm of defeat, your self-worth can fall and that has an impact on your interactions with the people you love and who love you and other people. Chris has some great recommendations in the next section.

Learn how to become present and mindful in the moment. This can be done through meditation and journaling, and we then have the ability to offset the fear created from the past that triggers stress. Such stress produces inflammation in our bodies from the cortisol levels that rise and this affects us physically. This can lead to poor eating habits, failing to take care of ourselves, and this carries on to a negative impact on our emotional health. That same fear and stress from the past is projected into the future and becomes anxiety that can then lead to procrastination, and failing to act and make decisions or having a cluttered mind. When we learn to be present, we learn how to accept what happened and look at it as a learning experience.

By being present, we can do what it takes to recover the money we have lost. There is always a way to make money back, but if you dwell on the problem and not the solution, it makes it very difficult to do so because you get further trapped in the problem. But daily meditation and journaling will allow you to get centered and move forward from a major loss or a challenge that is affecting your life.

Daily program to be aware of how you are feeling. This is especially when you’re not feeling too good, bothered by negative emotions such anger, shame, guilt, whatever is consuming you, and be aware that they’re taking you further into the problem. So the only logical choice that you have at this point to get into the solution is to be present. And Chris here shares his daily program to get into the present and prepare the day.

Andrew adds an action of his own to this daily program

Read Practicing the Power of Now by Eckhart Tolle or listen to its audiobook. When times get so tough that Andrew feels overloaded and overwhelmed, one thing he does is he turns on the audio version of that book. Tolle’s voice is very calm as he reads but the key for Andrew is that Tolle brings him back to each single moment and convinces him that he is safe and not under threat in that moment. The hopes and fears of the future can be set aside, as can the fears and suffering of the past.

“It’s like taking an aspirin for a bad headache. It works.”

Chris is investing in a Canadian start-up that recently signed a deal with Fitbit. The company is providing algorithms that can detect sickness in the body, such as common colds, flu, and the like. They seek to make further advances in detecting other major illnesses, such as heart disease and cancer, and they are in discussions with IBM and Johnson & Johnson about this. His goal is to be very active as an investor and an advisor to help the organization make really significant advances in the field.

Chris wishes you to believe in yourselves and forgive yourselves for any past mistakes or bad investments you have made. They are in the past, so let them go and learn from them. In the areas you can control, perform differently. In the areas you can’t control, let them go. Be present and apply the things you have learned into the present moment going forward to reach your success.