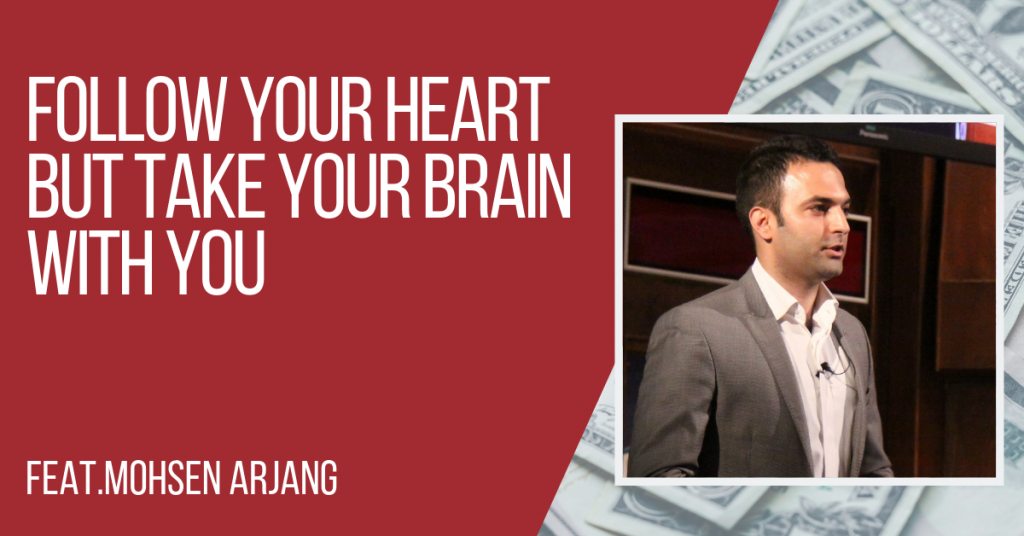 Mohsen Arjang completed a bachelor of science degree in industrial economics at Allameh Tabataba’i University in Iran and then started his work as an economic journalist at a local newspaper. Following that he continued his career as a foreign commercial manager at prominent corporations. In 2013, he started his own business as a digital marketing and branding consultant, working with municipalities, enterprises, and city councils (engaged in city-branding projects). He established in 2016 the Iran Market Monitor (IMM) group, a leading consultancy with the mission to analyze the Iranian market and provide business solutions for corporations. His international experience includes presenting the “Urmia City Branding Project” at the 12th Metropolis World Congress 2017 in Canada and speaking at the World Wealth Creation Conference 2017 in Singapore alongside respected speakers such as Brian Tracy and Ron Kaufman.

“Do research and get help from specialists in the field in which you are planning to invest.”

Two friends involved in the automotive industry approached Mohsen in 2014 to collaborate on and invest in a new production line imported from Europe to make accessories for a car that had achieved great popularity in the Iranian market. While it was a new area for him, his friends had already started to produce one line of the parts and wanted Mohsen to invest in the raw materials, because they had the equipment already. Since he had known them more than five years and had already witnessed their considerable acumen, he trusted their presentation and the facts and figures they showed him. All evidence supported the hope that the business would grow quickly in the near future and the car model’s sales were increasing. He thought there would definitely be good news ahead. They started to buy more raw materials and built a better mold for the accessory.

Orders start to come in for the partners’ cheaper parts

Not long after, the partners started to face huge demand evidenced in a large number of orders from customers. This was happening because of the popularity of the car model and their production costs were among the cheapest in the industry. As the trio were buying large volumes of raw materials, they were able to negotiate better deals and improve their competitive advantage in the market.

Fortune turns as new model of car hits the market, draining their sales

However, after three months a brand new model of the same car was launched and sales of the model for which they were supplying accessories started to fade. Although their sales were not dropping sharply, they could see a steady decrease. After six months, their sales had been halved. As a result, the team could not afford production costs because the price had also continued to decrease. Mohsen and his partners were astonished about what was happening.

Hard call made to stop production

Finally, they decided to stop production. From the onset, as they had failed to anticipate this change in their future, they were ill-equipped to adapt their plant to the new accessories for the fresh car on the block. Mohsen lost all of his investment.

Once bitten, twice shy, but the healing power of logic emerged

The ensuing emotional damage was that the experience made him extremely conservative in the years to come, unwilling to take any risks. But as time passed, he realized he should be more logical and not limit myself. Instead, he realized he should do more research and use the expertise of specialists. He learned also that if investors isolate themselves and only take a well-worn comfortable path, they put themselves in a state that is opposed to progress.

Avoid entering a new market, one that you’re unfamiliar with. If you do, you should do so armed with extensive research and guidance. Mohsen believes he should not have made the decision to invest based solely on his friends’ proposal, but should have done a lot more research and gained advice from experts.

Forecast possible futures and prepare yourself for the worst scenarios. Mohsen and his friends were “absolutely certain about the margin” but decided perhaps far too emotionally to move ahead with the plan.

It’s very difficult to fully anticipate what is coming in a given industry. This is true enough for the businesses we’re involved in because we’re so close to them. Andrew has looked at many businesses during his career and most don’t look into their customers with perhaps sufficient depth, which means many could be exposed to a similar type of risk.

Follow your heart but take your brain with you.

“Do research and get help from specialists in the field in which you are planning to invest.”

Mohsen is planning to expand his business in the Middle East, focusing on Oman. He believes his team are going to see opportunities opening up there because the region is another milestone for development in the World economy. He aims to see his company’s presence in the region grow in a more powerful way and that the next 12 months will see it take the first promising steps to that end. His operation will also focus on the Canadian market.