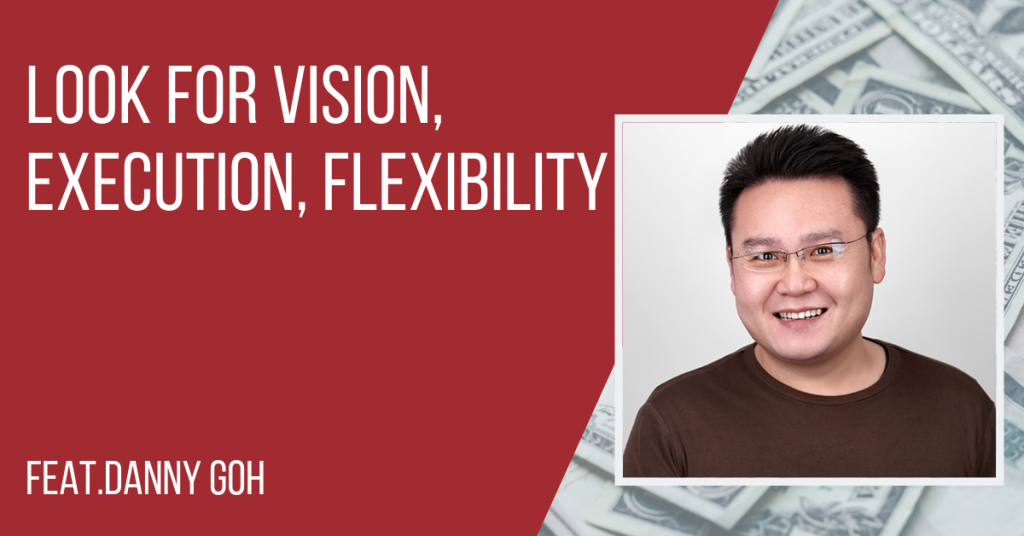 Danny Goh is a serial entrepreneur and an early stage investor. He is the founder and CEO of Nexus FrontierTech, an AI research firm that easily integrates AI into various organizations’ processes by using natural language processing to transform idle information into structured data, enabling organizations to run better, leaner, and faster. He is also a partner at the G&H Ventures fund, which invests in early-stage start-ups chiefly in Southeast Asia. The fund has invested in more than 20 portfolios in deep tech and is building its third fund to help start-ups into the growth stage.

Danny serves as an entrepreneurship expert at the Saïd Business School, University of Oxford and is also an appointed research fellow at the Center for Policy and Competitiveness at the École des Ponts Business School in France. He is an advisor and judge at several technology start-ups and accelerators, such as Microsoft’s accelerator program, Startupbootcamp IoT, and LBS Launchpad. Danny is also a visiting lecturer at various universities in Europe and has spoken at numerous conferences, including TEDx and fintech events.

“As early-stage investors, we are not investing just in the products or the growth, we are actually investing in people, the founders themselves.”

Danny’s focus is as an early-stage investor. He made his first such investment around 10 years ago in an education tech start–up in Israel and it did very well. After that early success, he was so confident that he believed and acted on the belief that he could just as easily invest in start–ups in Europe to help them to grow. After he spent around six years trying to build ventures and help founders in Europe “it was a complete disaster”. He puts it down to his perspective that perhaps doesn’t suit everyone that “as early-stage investors, we are not investing just in the products or the growth, we are actually investing in people, the founders themselves”. He says that is the very the reason why founders come to meet investors for just US$50,000 or $100,000 to start creating a business.

So he developed his technique of looking into founders, hearing what they say about their “beautiful” vision, and realized that it is more than just about the vision itself. He discovered that to be a successful founder requires three things for the investors to actually buy (see Some lessons below).

“More than 75% of start-ups fail in the early stage before moving out of the first year.”

The ability to be flexible and pivot when necessary is a key lesson. Andrew notes that Danny himself displayed such flexibility when he pivoted back to Southeast Asia after giving Europe a shot and learned that very lesson about flexibility by doing so.

No blame principle and “principles before personalities”. From Andrew’s own experience with his own start-up company, CoffeeWORKS, during tough times when difficult decisions had to be made, he and his partner had to remove blame from the equation, set personalities aside and stay focused on principles founded in recommending, encouraging, and supporting, not blaming. In that way, he learned to understand and appreciate the variety of serious pressures his partner was under.

Dollars may look the same but not all money is the same. The motivations, objectives, needs, backgrounds, countries of origin, and investing styles of investors can vary greatly. The money a start-up receives has different demands and understanding that is critical.

“(Founders should look to) Get the type of money that fits your needs.”

Avoid overconfidence. Many factors result in a success so don’t think you are successful just because of your skill and acumen. Danny says his overconfidence resulted in a lot of brash actions and bullish dealings with other people.

Danny and his team are trying find more companies to add to their portfolio of start-ups they would like to assist in the region. If there are any deep-tech companies in the region or in greater Asia who would like some help, he would like to hear from you.  The focus of his funding is on deep tech, especially in artificial intelligence. By that he means any start–ups in any industries that utilize this technology to do better than their competitors that don’t use such technology.

Nexus FrontierTech is looking to support you in making the most of your competitive advantage.

Enjoy the next 12 months and enjoy life every day.