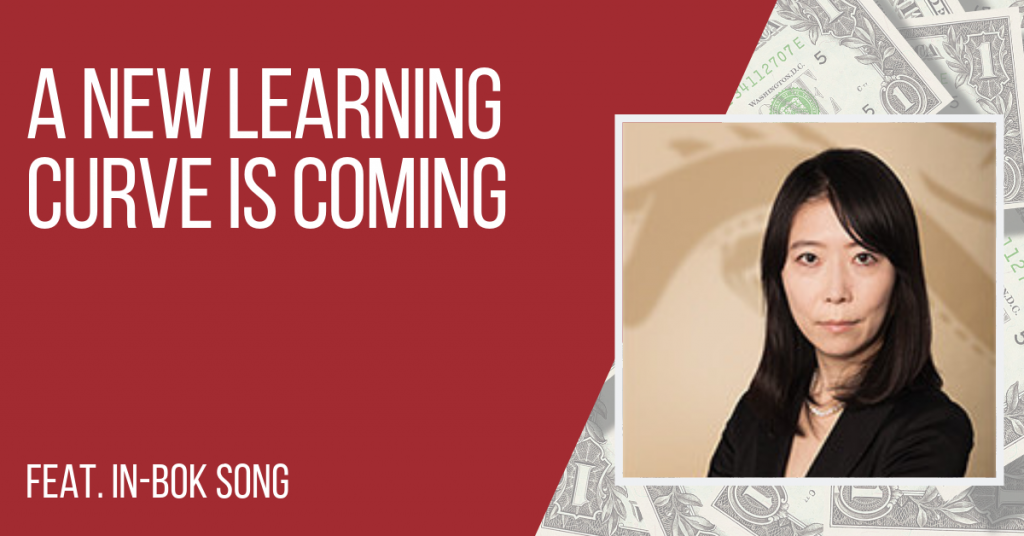 In-bok Song joined Seafarer Capital Partners in 2016. She is a lead portfolio manager of the Seafarer Overseas Growth and Income Fund and is the firm’s director of research and chief data scientist, responsible for the firm’s research processes and systems, new research methodology initiatives, and oversight of training for analyst staff. Prior to joining Seafarer, she was an associate portfolio manager at Thornburg Investment Management, where she focused on emerging markets. Previously, In-bok was a co-manager of the Matthews Pacific Tiger Fund at Matthews International Capital Management. She began her career in emerging markets as an analyst with TStone Corp, a private equity firm in Seoul, South Korea. In-bok holds bachelor’s and master’s degrees in material science and engineering from Seoul National University. She also holds a master’s in international management from the King’s College London, and a master’s in management science and engineering with a concentration in finance from Stanford University.

“I had a point at which I think my learning curve was very steep, and then it plateaued … I don’t think it means that I knew everything, just that another learning curve is coming.”

Sometimes we can be blinded by our own light

Early success with a contrarian-type move on a seemingly failing consumer company, gave In-bok considerable confidence. Also as a shareholder, she was worried about her position in the company because many people were being negative about its outlook. She telephoned the company a lot, something she wasn’t in the habit of doing, and spoke with investor relations or the chief financial officer every week, seeking to be very hands-on.

Thus she was able to get information about the company’s turnaround plan. But the original reason she had first bought shares was not due to the restructuring plan, but because of the fact that the company’s other overseas business was growing. And, at that time, she thought the value of that business would be much higher in the future. So she had made her anchor point and made some success. But somehow this success made her blind to the point that she had changed the reason why she continued to be invested in the company and she had been somewhat fortunate. Unfortunately, she started to apply that kind of mindset to her next analysis.

About a year later, she had a similar situation in another company, a technology product distributor in China. Its core business had been falling, and there were some structural issues. So she again became a diligent investor. She talked to the company and the CEO was very transparent and their conversations deepened. She learned that the company had very valuable assets, and that some of those strongly supported the business to the extent that if things went wrong, it would still have sufficient book value to attract new investors. So In-bok recommend a “buy”. While she wasn’t totally comfortable with the idea, her past success told her to ride it out and her fears were somewhat allayed as the weight of this company in the portfolio was not more than 1.5%, so it was not a big deal. She held firm to her buy call.

Positives in second firm fail to outweigh the negatives

In her first case, her anchor point was based on something that was valuable for the strategic buyer or strategic shareholder, because it was real overseas business. But in the second case, she realized later that it was not so valuable. Perhaps it was valuable for the existing business owner, but if they wanted to sell the company to others, she wondered whether it really retain a value equal to their estimates. Perhaps not, because it was just an asset, and perhaps what they really wanted was more operational franchise.

A strong company can die slowly. Investors and analysts need to be really careful. Trying to understand what is going on is important. In a short time frame, a company can appear to be struggling, but you can be fooled by some sound fundamentals, such as a good manufacturing base, a very good brand, or a good customer base. So it may not seem to be dying. What can be happening however is that the rate of their decline is too slow to see in the short- or mid-term.

Ask questions and you can detect any chinks in the organizational structure. Ask people questions about how the company is structured, and how much each function is co-operating with the other. Sometimes we don’t ask these questions. In-bok says she didn’t at the beginning of her career but she became more aware as time went on. Also ask management: “What is your organizational structure? Are employees happy? What are your plans for hiring?” Management may not give you the financial numbers, but they might answer questions such as these. And these things are very important.

Do your research. It is often easier said than done.

Get to understand the management team. In most companies, the team is a mess, and they’re fighting with each other or not always working together, which is human nature. So the question really is: “How is it structured? How is the leader bringing all the best of these things together? Usually analysts don’t look at such things because we like to look at numbers. But In-bok has shown very well that there are times an analyst think they’re using valid numbers when in fact they can be almost fiction.

Be careful of overconfidence. Success can bring confidence, and we can carry that confidence into other areas. In the world of finance, just when you get confident about something, things change.

If you find yourself changing the reason why you invested, it’s a good time to stop and rethink. It might even be a good idea to reduce your position in that company or bring it to zero. At this time you can also ask yourself: “Am I really willing to keep this in the portfolio based on this new reason.”

Access to management and information varies greatly depending on your role. For a sell-side analyst or an individual investor, it’s hard to get the type of attention that a fund manager or an in-house (buy-side) analyst can get when the company knows that that the fund has invested already, meaning that the manager’s or analyst’s firm are already stakeholders. And so that level of access is a whole different world from what most people are getting.

Also on “a strong company may die slowly”. This is a really valid point. Just because a company has a lot of cash, a lot of credibility, or good relationships with the banks, does not mean it is going to survive. Thus, everything in the world finance, every company, can die and things go up and down.

“From an investment perspective, it can be just time to say: ‘Yep, I like this company, good management, good products, good cash flow right now, but I think it’s going to die over the next five or 10 years and I’ve just got to get out of it.”

Finance is both science and art. And because people and their infinitely varied behavior and reactions are involved, it’s beyond the kinds of physical laws that we see in physics and areas such as engineering.

“I have to exercise.”

“I want to learn more about different asset classes.”

“I want to travel for myself. I have always traveled for business, but never just for myself, so I want to go to New York this year.”

In-bok earlier compared the gaining of knowledge during her career as adding dots and then connecting the dots.

“So this year, let’s continue connecting our dots.”

“Yes, let’s keep connecting those dots because ultimately, the true value in life is the connections that we make.”