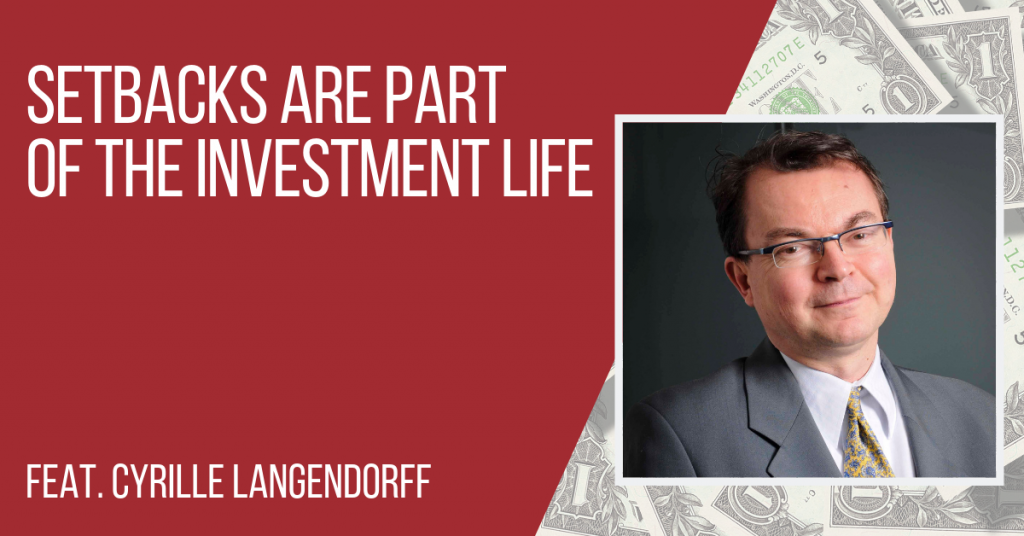 Cyrille Langendorff is managing director of the international affairs and private equity department of French bank Credit Coopératif (CC), a member of the BPCE banking group, and has more than 20 years of experience in the banking sector. After achieving bachelor’s and master’s degrees in finance from Paris Dauphine University, Cyrille began his 15-year investment banking career at Banque Paribas (now BNP Paribas) and ABN AMRO Bank in Abidjan, Ivory Coast, London and Paris. Prior to his current role, Cyrille worked for four years analyzing and monitoring CC’s solidarity portfolio of investment funds managed by Ecofi Investissements (a CC Group asset management company) in France, and the European investments done with CC’s partners at the European Federation of Ethical and Alternative Banks (FEBEA) and the Global Alliance for Banking on Values (GABV).

Cyrille represents CC on the boards of social finance and microfinance investment companies CoopEst, CoopMed, and Inpulse (CC’s subsidiary impact investment funds); Microfinance Solidaire, a subsidiary of French NGO Entrepreneurs du Monde; and on the executive board of FEBEA. He’s also a board member of the French NGO, ACTED. He’s been rapporteur for the French National Advisory Board’s (NAB) report on social impact investment (2014) and is now chair of the group representing France on the executive committee of the Global Steering Group for Impact Investment (GSG) under the chairmanship of Sir Ronald Cohen. He’s also chairing the Impact Invest Lab, an operational arm of the NAB.

Cyrille was a young investment banker in 1995, so he was still quite a rookie in the market. He (his bank and clients) had the opportunity to invest in Nokia stock, the Finnish mobile phone maker that was far more popular in the 1090s. It was June 1995 and the stock had already gone up to 2 euros (US$1.50) per share from around 1.10-1.20 euros in January. There was a lot of interest and many clients were coming to a big roadshow in Paris that Nokia management were also attending.

Amid this positive atmosphere, Cyrille was not suspicious about this kind of event. Everybody was saying Nokia was a great story and rushed to buy the stock on the day after the roadshow concluded at around 2 euro/share. Very soon afterwards, the stock crashed and everyone was complaining that they had been convinced at the show by all the marketing events and promotion to buy. The stock slid to around 1.25 euros by the end of the year. So basically, Cyrille lost 75 euro cents per share. It was a terrible investment in a short period.

It took nearly two years for the price to return to 2 euros. Some investors were not patient enough, so they sold for a loss. But those who were patient who kept thinking it was a good story had to wait two years to make any profit. So the timing was wrong but the stock even today is at around 5 euros. So, Cyrille says, if you were willing to wait for 25 years to make some money, that’s great. He also noted that it went up to much more in 2000-2001 (50 euros per share).

Don’t be discouraged by market movements. Markets can fluctuate quickly so be very persistent and patient. However, with that patience and belief in the idea that the story is good, look deeper at what went wrong before you sell (and of course before you buy). This should include sector research, competitor analyses, detailed study of the target company’s business model, and face-to-face visits with company management. It can take patience, perseverance, and also a strong belief in the story to hold on for the long term.

Be very cautious about worldwide company roadshows. They can sometimes be dangerous to preserving your wealth or that of your clients.

Be aware of company “dog and pony shows”. Their purpose is to raise capital, so they really push the positive side of the stock’s story. They put a lot of energy, practice and marketing psychology into making a good presentation. Particularly if you are young in the industry, it is difficult to see clearly what is behind such a show.

The French High Commissioner for the Social and Solidarity Economy and Social Innovation will convene in Paris a global meeting to support the development of impact investing, inclusive economics and social innovation in an event titled the Pact for Impact Summit on 10 and 11 July. In his role as chair of the Impact Invest Lab, Cyrille aims to be a strong promoter of the event and help in its organization in order to encourage his organizations’ best projects and best practice.

“I’ve learned a lot (from my mistakes) and I have moved from listed to non-listed companies so now I don’t have to look at daily charts.”