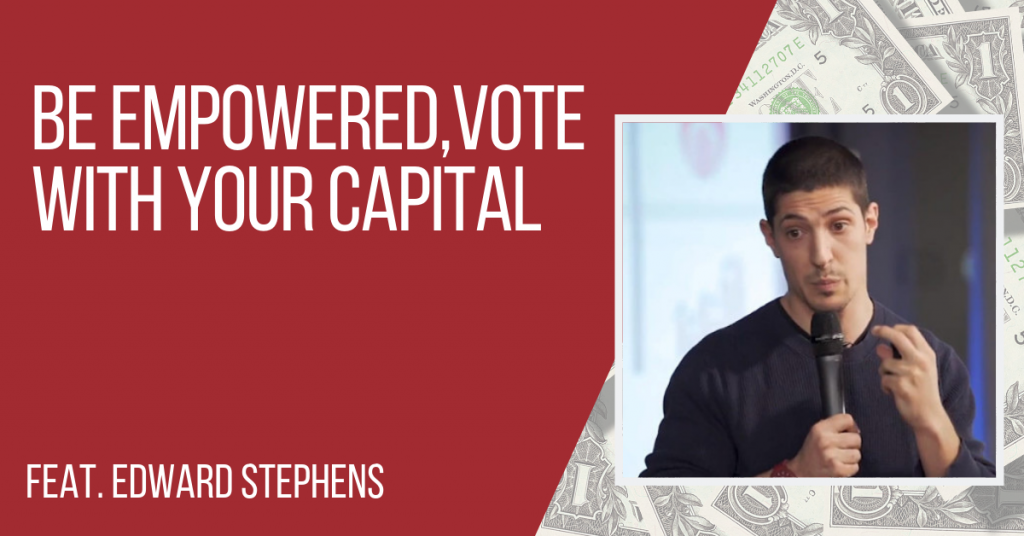 Edward Stephens is director of the global brokerage at the Angel Investment Network, where he’s worked since 2010. In that time, he’s helped raise money for more than 400+ start-ups, including What3Words and Simba Mattresses. He also hosts a podcast called The Startup Microdose, which he started with a colleague. Guests have included the founders of Huel, Depop and Killing Kittens.

“Something that was meant to be liquid, easy, cash in, rolling the business through, turned to absolute hell.”

Young deal-maker wants a piece of the action

In 2012, Ed was 25 years old and had experienced two years of deal-making already at the Angel Investment Network, getting a feel for what a good deal looked like. It was very appealing to look at what investors are looking at and feed off their excitement, he says. Until that point, he didn’t have any money of his own to invest but he felt it was strange to be deal-broking without having any real experience of the pain points for investors who were having their capital put at risk and not understanding it. He started thinking about joining in all the fun.

Ed was working on a deal on a lending business called “Cash until Friday” that was looking great. The entrepreneur liked Ed, and the investors were really excited. It was to be readied for trading on AIM, a secondary market of the London Stock Exchange. One big investor was putting in 500,000 UK pounds (US$650,000), so Ed joined in with 2,500 pounds and he persuaded his father to invest another 10,000.

Conflict arises almost as soon as money goes in

Almost as soon as they did, the main investor and the entrepreneur had a falling out. They were accusing each other of dark practices and the investor was adding strange fees onto the listing statements of the shell company. The investor also started to invoice the entrepreneur with consulting fees for the latter to pay to regain his investment and then wanted to pay for his investment in instalments in some kind of “weird equity clawback”.

Meanwhile, the AIM market looked as though it was on the verge of collapsing. The type of business we had invested in relies on operating – lending cash – and the investor was angry and wanted to start lobbying other investors to get a court order to stop the business trading. If the business did so, it would die and be scrapped for the remains and the spoils divided.

The ex-army entrepreneur started to put up the barricades for battle and it appeared as though Ed and his father were not only not going to get their equity in the business but that they would lose their entire outlay. They had not received share certificates, the entrepreneur had their cash, and they had no means of getting their funds back.

Deal’s off but father offers a life lesson

Ed didn’t sleep for a week because of feelings of failure, the loss of his own money and that of his father, but his father reminded him: “This is life. Shit happens.” His calm parent advised that they sit down with the entrepreneur and appeal to his goodwill. The entrepreneur agreed to service their capital back to them as a 7% loan.

While they had to chase the entrepreneur’s payments on a monthly basis, and sometimes the guy disappeared for months at a time, they got their equity back at 7% interest. In the end, it wasn’t that bad a result. The AIM market survived, there were no lawsuits, and the company was still trading as some kind of bridging-loan company. But Ed says the shocking thing was that it went bad so quickly. And it took such a long time to get the money back that even getting the repayments ended up being a nightmare. So it was a big relief when the last payment was made. However, the opportunity cost of capital, the stress to everybody for the 7% definitely wasn’t worth it. While it definitely built up some strength in Ed, it was “really unpleasant”.

Stick to what you know. This situation had Ed playing outside his field of expertise. He does add however:

“But don’t limit yourself; you can always explore new things.”

Don’t invest in what you don’t care about. If it does go wrong, then you find it hard to reconcile the loss of time and energy that has gone into such a shallow purpose. Ed admitted that he was just chasing money and had no real interest in the activity.

Create a check-in plan, a period of time you allow yourself in which you can’t look at your investment so you don’t have it under a microscope. When you’re in a bad investment everything can look bad. Looking at an investment every day, good or bad, will drive you crazy.

It’s fine to make a play in new areas. Try different things but do that with a very small amount of capital, particularly in the beginning.

Be prepared for external events. Most people forget to think about this when they invest that there are all manner of unpredictable external events that can happen, such as the oil price shooting up or dropping cataclysmically, interest rates climbing, or the government changes policy. Such things can’t be predicted but we must expect that they can happen, and better still, have contingency plans in place when they do.

Bringing family into any investment is hard. Sometimes we go into ventures blindly, thinking we’re doing a favor for somebody in our family. But in the end, it can be extremely dangerous. However, if it doesn’t work out, if you need to close a business, or if the investment doesn’t go according to plan, do not feel too bad for the investors and yourself if you have made clear from the beginning that they were investing in a high-risk, start-up enterprise. Sadly, sometimes people are going to lose, but that is what investing is about and that is what is involved when investing in start-up type companies.

Strip away the money side of the investment. Stick to what you know and what you enjoy being invested in. Otherwise, it doesn’t really make sense.

Ed wants to grow his group’s podcast, The Startup Microdose, by talking to some more entrepreneurs “because it is really great to learn from people and their experiences”, and because he sees it as a legacy activity.

He would also like to take the Angel Investment Network to further growth on the world stage and start to focus attention on impact-related investments, involve more women investors and get more and more people into the discussion worldwide.

“There is a lot of uncertainty in the world … I think in the face of it, it’s pretty good if everybody takes some individual agency over the decisions we make, because I think, in aggregate, if we make the right decisions starting from us and don’t feel like we are victims of external circumstances, I think the world will generally become a better place bit by bit. Too many people feel like they’re bobbing around in the ocean, with politics preying on them and that is true to some degree, but we are still empowered to make our own choices and vote with our capital where possible.”