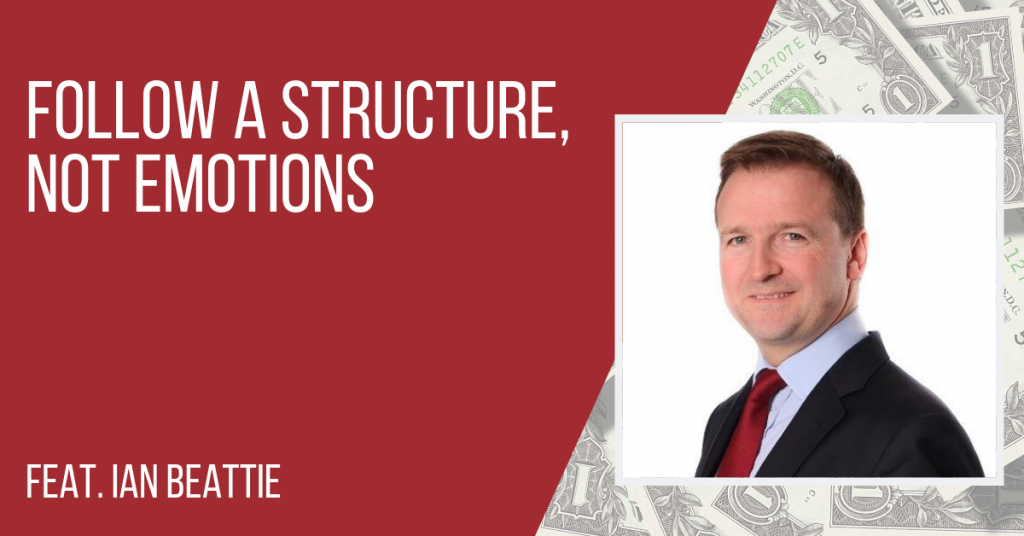 Ian Beattie is currently the co-chief investment officer of NS Partners London, an investment management boutique. He holds a BSc degree in economics from City University of London and started in the investing business in the early days of January 1992 as an Asian specialist with Asian equities. Since then, he has been involved in East Asian and Asian emerging markets. Ian joined NS Partners in 1996, and just a year later, became head of Asia and has since been focusing on the products closest to his heart, emerging markets, and Asian equity investments in the region.

“I think we’ve got to learn from our mistakes … and to learn from them, you need to know what you got wrong. And some of those are un-forecastable genuinely exogenous events. That’s why you have a diversified portfolio, right?”

Ian started investing in CAR Inc., a car rental company based in Beijing, despite the fact that there existed a handful of popular and booming ride-sharing companies in the country, such as Uber and local operators, that posed a threat. The balance sheet looked great and it had a good foundation for its name, with training by Hertz managers who helped to set it up.

“There’s nothing like a globally significant crisis to really test your knowledge of markets, whether it’s how our company works, how an economy works, and how those two are joined up. Pretty exciting learning experiences are not always pleasant ones.”

But after a while, the investment started to falter. The cause? Ian cites his initial positive assessment about the company’s management proved wrong. On top of that, he had underestimated the threat of the competition, failing to see the bigger picture and the impact that bigger companies would have on his stock in the long term.

As part of his company’s peer review process, younger members of the team had been asking him early on what he was doing and why he wasn’t seeing the risk of car-rent apps such as Uber and their China equivalents and why the company was not getting more cash out of its operations (free cash flow [FCF], the cash a company produces through its operations, less the cost of expenditures on assets. FCF is the cash left over after a company pays for its operating expenses and capital expenditures, also known as CAPEX).

“I’m getting hit with this (strong feedback). And I realized I couldn’t defend it … If you bought a stock – or a valid investment – for a valid reason, that should still be the reason why you hold onto it. And if that story is broken, then you should sell.”

There have been many cases such as this, wherein an investor’s reason for buying a stock suddenly changes midway through ownership. This happens mostly when the stock starts to depreciate, and when it does, it should be a clear red flag that it is no longer profitable and actions should be taken to prevent further damage. Ian, however, failed to see this flag sufficiently early on in the game.

Ian is reminded of the OODA Loop, a discipline he has used to reset his mindset and that of his team to what is really happening. Created by US fighter pilot John Boyd during the Korean War, the OODA loop is a strategic tool used to analyze situations, for re-orientating, in the heat of the moment. Part of it came from a theory to achieve success in air-to-air combat developed out of Boyd’s observations of dog fights between MiG-15s and North American F-86 Sabres in Korea. It is a disciplinary method that helps people remain calm and properly gauge what is being faced and because it’s a loop, it allows for constant re-assessment amid changing conditions.

OODA loop as applied to investing

Return to the loop as conditions change

Ian suggests to observe what’s happening now to see if you have made the right change. For fund managers, that would involve risk control and re-forecasting, which is very important. Look at the new data, because usually if the share price has gone wrong, there’s some new information based on which an investor needs to redo their forecast, and he suggests being honest to the point of being brutal.

The great advantage of institutional investors is information on costs and the presence of a team, which Ian’s firm uses to employ a peer review mechanism. He says it does not matter whether investors have been in the business for a few years or 30, it is wise for all team members to subject their decisions to assessment by the team, members of which might have power to veto a decision. This process is applied not just when deciding about buying a stock, but when reviewing its progress. Ian says the veto is used to empower and encourage dialogue rather than to score points. He says this process keeps everyone grounded when stocks are going up, and by doing so, also catches problems before the investment goes “horribly wrong”.

“I know the theme for your series here is how the emotion gets involved. This is an emotional business. So with the peer review, as well as providing more information and viewpoints, its most powerful use is as an emotional check.”

Teams should have both ‘foxes’ and ‘hedgehogs’

Ian finished the main part of his interview with the story of the hedgehog and the fox and relates it to today’s market analysts. Hedgehogs make the best out of what nature has given them and use it to their advantage. They were given spikes and use them for self-defense. They excel at one thing – their specialization. Foxes, however, do not have spikes but are eclectic and use whatever tools they can find to be able to fend for themselves. They take risks and adapt their skills to the environment they are in.

In terms of approach, fund managers must liken themselves to a fox in need of hedgehogs, “because nobody knows their subject better than a hedgehog”. A good team must consist of a diverse group of people with different specializations, and must be led by someone who can become a good listener and has the ability to make decisions not based on what is for his own betterment, but for the good of all involved, especially the client.

“I think that’s the thing about our business and about the markets in general; people who are good at it, people who last a long time … have to have an unusual balance of arrogance, because you have to believe you can beat the market, when a lot of academics out there will tell you that you can’t. But at the same time, you need to be need to have a huge amount of humility.”

“Personally, I don’t think you can even assess a fund manager until they fallen over a few times and pick themselves back up again.”

Actions to avoid the same mistake

“So be a bit more self-aware about that emotional side of things, because we all got them. If you drive a car, you feel the adrenaline going up, so you have to try and lower it to drive it better … and it’s the same with running money. It’s all about greed and fear, isn’t it?”

“Since we’re talking about how physical and mental investing is as well emotional, I’d say take a leaf out of the poker players’ book and keep it tight and aggressive.”

“Investing is truly a physical activity. It is proven very well through functional MRI tests that during every single movement in our portfolio and every single thing that we look at, we are having an emotional, behavioral, psychological intellectual response to it. And those are very real physical reactions … also be aware of when it’s really posing a risk to your investing.”