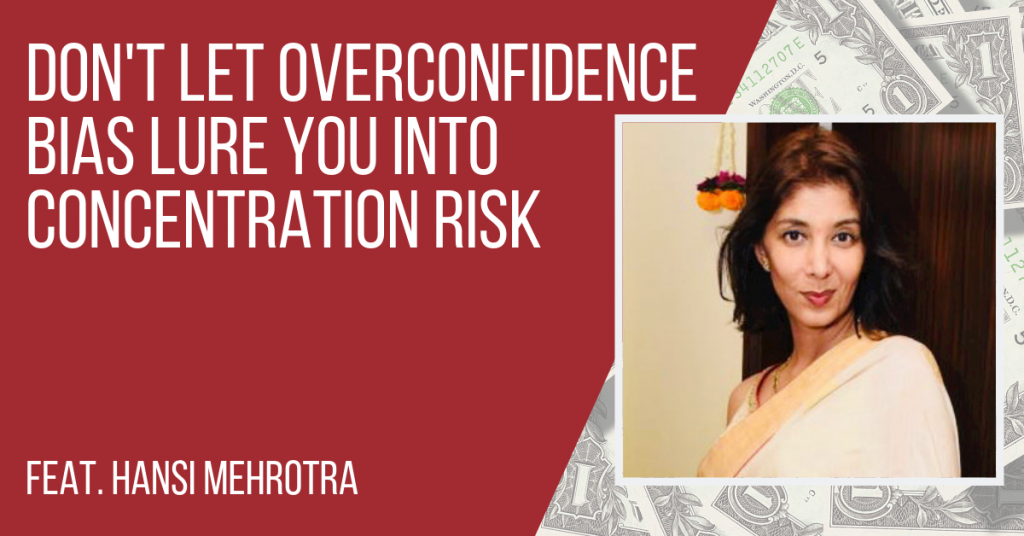 Hansi Mehrotra runs the financial literacy and investor education blog, The Money Hans. She was named in LinkedIn’s inaugural global 10 TopVoices for Money & Finance in 2015. Hansi was named in the LinkedIn TopVoice and PowerProfile for India in 2018 and the year before, the same site’s PowerProfile for Finance in India. Her profile on that site has more than 289,000 followers. Hansi has over 20 years of financial services industry experience, mostly in online delivery of investment research and consulting for the wealth management industry across the Asia-Pacific region. She set up and led the region’s wealth management business for Mercer’s investment consulting division in Australia and Singapore. Hansi has also led a number of projects in India, including the design of investment options for the National Pension System. She holds a BA from the University of Delhi, a graduate diploma in applied finance and investments from the Securities Institute of Australia (now FINSIA), and is a Chartered Financial Analyst (CFA).

“Learn from mistakes and just because we didn’t have data doesn’t mean it never happened.”

How about emotional costs and strain on marriage

“Tell us about the emotion between you and your husband as you were going through this – how did you manage to keep the relationship strong, because a lot of times going through a financial crisis can tear people apart?”

Although they were both trained analysts, they forgot that what they had preached to others about investing applied to themselves.

Hansi also feels great regret for letting someone else (her husband) convince her to forget all she had learned, especially about diversification and other risk management factors.

Such situations put a lot of stress on a couple and her marriage was no exception because they never accumulated the finances sufficiently to have children. “Now it’s too late.”

“What we don’t see coming as analysts are things that we’ve never seen before because we didn’t look far back enough.”

The team at A.Stotz investment and Andrew have identified six core mistakes that investors make. There was no problem with the most common error, No. 1: Failed to do their own research, which clearly Hansi and her husband had done. However:

One action to avoid the same fate

One answer is a system Hansi has developed, a simple color-coded concept called The Money House, which is to divide overall wealth into buckets:

You decide how much you want to put into each area.

Hansi wants to turn her 200,000-plus LinkedIn followers into a million, as she is committed to spreading the message about financial education.

Use common sense and read a lot, especially history. That will help with more careful consideration in one’s life and investments.

Build a strong foundation with your wealth and have your growth pillars and have a fun roof for future savings.