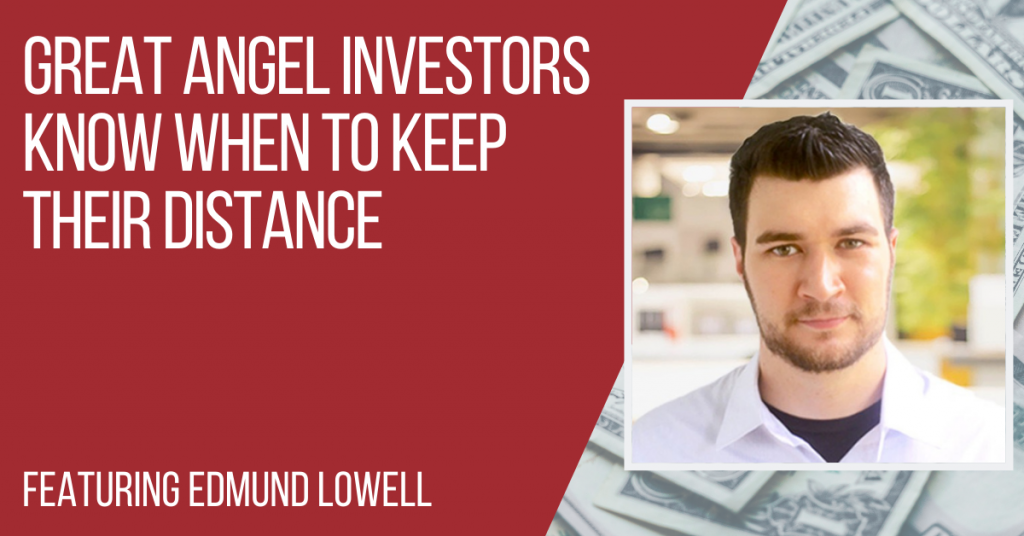 Graduating from Northeastern University in Boston, Massachusetts, where he studied law, finance, and technology, Edmund Lowell is a serial entrepreneur living in Asia since 2011, innovating at the crossroads of finance, technology, and legal fields.

Edmund has built several Fintech and RegTech products during this time, including FlagTheory.com, KYC-Chain.com, and SelfKey.org. The SelfKey Foundation raised US$21 million, selling out in just 11 minutes for the crypto utility token, called KEY, now listed on Binance.

“If you run a business and you are the entrepreneur make sure that your heart is in it.”

Edmund got his first job as a real estate agent selling property in the United States. Though this was a job that he loved, his timing was just wrong. In 2008, the global financial markets had a massive crisis led by the US housing market. The crisis rendered Edmund jobless.

Finding something more marketable to do

Edmund took a look at his skill set as a college-trained individual and realized that he didn’t have much to offer the real job world yet. But, he knew how to file paperwork. And so he started setting up LLCs and corporations in the United States.

His first start in business

What started as a means to stay afloat amid a crisis went on to become a successful business. After graduating from undergrad, he deferred going to law school and moved to Thailand full time and continued running this business.

After a few years, as most entrepreneurs do, Edmund had a little extra capital and was interested in making some angel investments. At the time, he had a good friend who was starting up a business, and he made an angel investment into his company.

The business was not doing so well, but Edmund believed that he could make a difference as an investor. At first, he gave money to the company and, after a while, started spending a significant amount of time working on it. Eight months later, the business had not picked up, and the opportunity costs of going into it were weighing on Edmund. So he decided to stop working for this angel investment and move on to new businesses and cut his losses.

Don’t do it unless your heart is in it

If there’s going to be a business you’re working on seven days a week, it’s got to be something that you enjoy. If it’s a business that you care deeply about, on an intrinsic level, it’s going to be easier to stay motivated through the ups and the downs.

You learn so much more from the failures

It’s just unbelievable the number of insights that you get from failure as compared to success. Most times, success only feeds your ego, and you think that you’re impervious, making you more likely to make a bigger mistake in the future. So it’s crucial to study where things went wrong, where others went wrong, as opposed to glorifying your successes.

Don’t be afraid to get out of a falling market

It is harder to succeed in a market that is falling or has slow growth. Top angel investors know that it’s not worth making it hard on themselves. So when it makes sense to get out of an industry that will be a grind for a long time to come, they are not afraid to do it.

Zero-based thinking involves asking yourself if an opportunity came along, would you take it up right away. If the answer is yes, then double down. But if the answer is no, walk away.

Learn to walk away

If you want to get success and happiness, you’ve got to walk away from things you know aren’t working. There’s no guarantee that you’re going to end up at something better or something amazing, but you at least know that you’re getting away from what’s not working.

If you make an angel investment in a business and it’s going to be your business, then your heart has to be in it. You have to be willing to run that business for a long time.