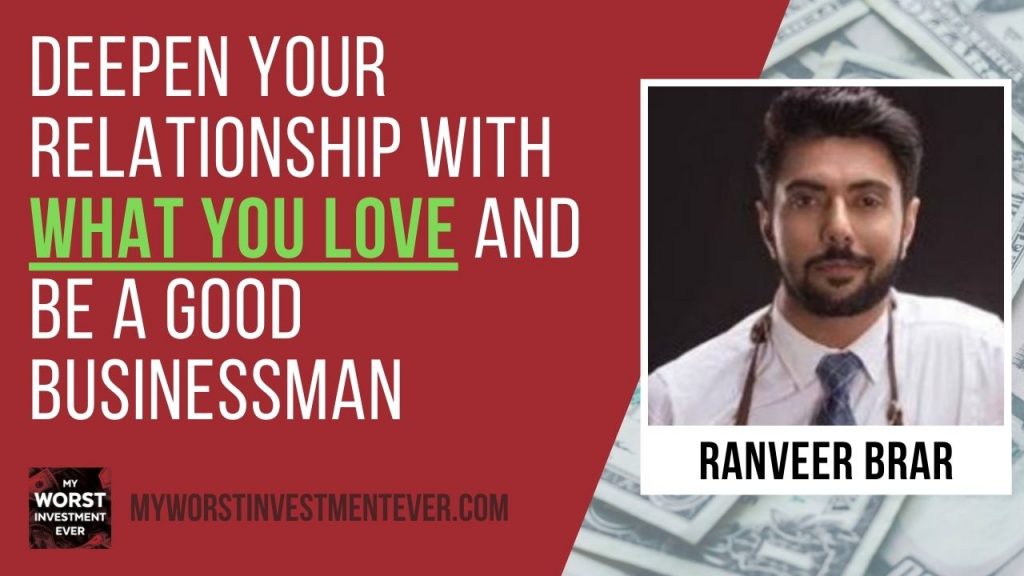 Ranveer Brar is a television celebrity, Masterchef India judge, author, restaurateur, food film producer, and benefactor. To put it simply, chef Ranveer is one of the most celebrated chefs in India.

His popularity on television is matched by his tremendous fan following on social media as well. Getting the basics right and revering the kitchen as an artist would his/her studio, are mantras he lives by and propagates to others as well.

With a bestseller in his kitty, a popular host, and judge on television and an artist both in and out of the kitchen, chef Ranveer calls himself a food-Sufi on a constant culinary quest.

“Failure is a part of your journey. It’s the outcome of the journey that matters. You can’t choose to end the journey when you want to; the journey will end when it wants to. You have to get up and play along.”

Ranveer got success very young. He was an executive chef at 25, an age when a lot of people would be at least four levels below the post of an executive chef. Ranveer had met and been mentored by the right people. Nothing would stop him at this point.

Even though Ranveer was excited to be an executive chef earning a considerable salary, a year or so later, he got bored. Executive chefs in hotels in India don’t get to cook. And at 25, all he wanted was to use his hands to cook.

A bunch of friends that Ranveer met on a trip to the US told him about someone who wanted to start a restaurant. They encouraged him to talk to him and partner up, and he figured why not.

One day Ranveer was constructing a pizza oven in his hotel and had his head inside the oven when he got a call. The guy said, “Well, here we are, you want to do a restaurant, want to team up?”. Without a second thought, or asking him what the restaurant would be about or what the plans were, Ranveer said yes. So the same day, Ranveer typed his resignation, gave it to his general manager, and a month later, without much forethought, flew to the US to start a restaurant.

The ceiling that kept the restaurant doors shut

The restaurant was extremely design-driven. So the investment both in terms of time and money on the design was huge. The restaurant had a million-dollar ceiling that caused delays because the designers couldn’t get it right. They kept breaking and rebuilding the ceiling.

Being a hotel chef, Ranveer did not bother about such things; he was simply focused on getting stuff for his kitchen. He just wasn’t an entrepreneur in the sense of the word.

Gradually, the restaurant was ready to open its doors. The partner decided that they shouldn’t do Indian food but modern Asian cuisine instead. He argued that Indian food was overrated. Ranveer didn’t question the decision. He just went with the flow, something he came to regret later.

Ranveer and his partner also decided to make the restaurant a small plate restaurant. Ranveer didn’t know much about business models, so again he just went with the flow.

Unfortunately, the model didn’t bring them much revenue given the investment put in and the effort made to run the restaurant.

While Ranveer is a talented chef, he just couldn’t connect with the Asian menu. His cooking techniques were perfect, and he was making great food, but he wasn’t enjoying the job as he had hoped he would. Ranveer couldn’t help but wonder if entering this partnership was the right move.

Going on a downward spiral

Given his lack of connection with food and the low revenue, things between Ranveer and his partner became bad, leading to deliberate discontent.

One day, as Ranveer was having a beer with his friend on his day off, the partner called him to his office. He told him that since he was running an Asian restaurant, he might as well hire an Asian chef. He then handed Ranveer a $5,000 check and thanked him for his services. And just like that, he found himself jobless in a foreign country, all the effort and money invested in the partnership gone.

If something is working for somebody else, don’t just do it because it’s a trend. There is no guarantee that it will work for you too. Every problem is unique; every solution is unique.

To be a good businessman, you have to be prepared before starting a business. Always remember that there is a delicate balance between being prepared and the confidence of winging it. Don’t be over-prepared, but also don’t just depend on winging it.

Let your creativity be an advantage and not a hindrance to running a successful business. Some people forget that they are running a business and become a completely crazy creative artist whose passion completely overshadows and overpowers their business.

Don’t be yoked by denial

Don’t wish your problems away, deal with them. There’s no right or wrong way to deal with your problems. Just don’t go into denial and close your eyes, and believe that the problems will go away.

If you want to learn how to be a successful businessman, you have to learn how to prod deeper before making business decisions. Prod yourself deeper, prod people deeper, and ask more questions. Instead of looking for top-shelf solutions, understand what you’re trying to do and achieve so that you can be able to contribute to the solution genuinely.

Don’t get overpowered by your passion and forget about the business model. You still need to earn revenue to be a successful entrepreneur.

Be more of who you are. You don’t have to be anything but yourself. Make your connection to food, to the earth, to people, or to whatever it is that you connect with best. Your life’s journey will sometimes be a little bit turbulent, sometimes it’s smooth, but don’t fight it. Follow that path, that passion, and be more of who you are.

You will make it through difficult times. Losing money in business is not illegal or even unusual. When it happens, just let go and restart. Just don’t let go of your friends, family, and relationships.

Don’t compare yourself to successful people and bring yourself down. Everybody has a different story and a different journey. It’s the outcome of the journey that matters.

Ranveer’s number one goal for the next 12 months is to have one product out there that solves a bigger need and a bigger problem. A product that he can focus on and be happy about for the rest of his life.

“Keep eating. To be happy, you need to have a happy relationship with food.”