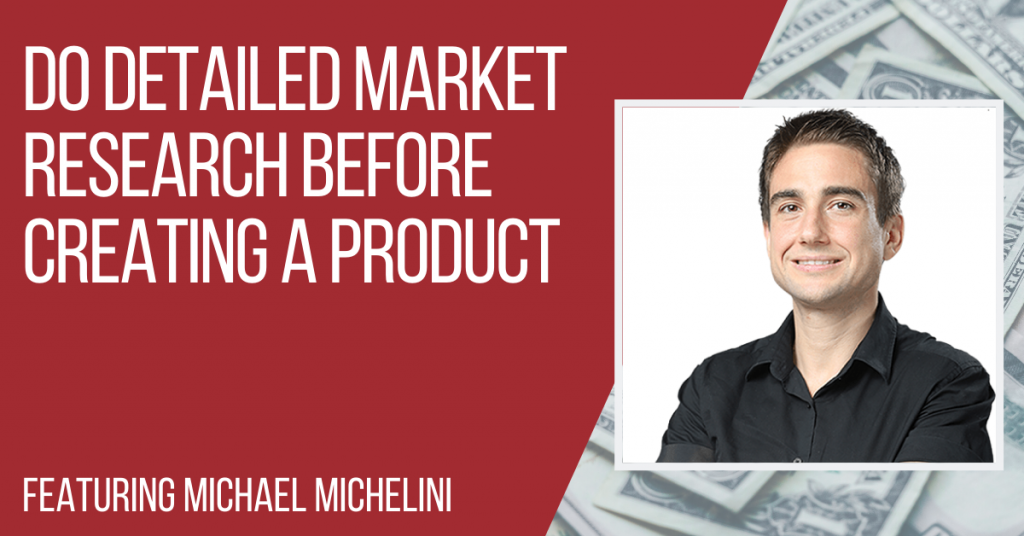 Michael Michelini is an American social media, e-commerce, and SEO Specialist who has lived in China since 2007. He is a passionate business connector who helps companies do business in China as well as Chinese companies to work in overseas markets. Michael built Global From Asia, a cross-border e-commerce community, to help cross border business owners learn, network, make business partnerships, and grow global businesses. Most recently, he has joined as a partner at Alpha Rock Capital, which is an Amazon FBA investment company.

“Don’t get caught up in patents if you’re entrepreneur and investor. Of course, it’s important to have your IP, but I think the most important one is a brand trademark.”

Michael moved to China in late 2007 with interest in living and doing business there. A few months later, he met a businessman, Andrew, who was all too willing to take him under his wing. Andrew was a sourcing agency and a product specialist who had been in China for 10 years already.

He took Michael through the backstreets of China, and in the process, Michael got to learn all the insights of Chinese business. It’s in these backstreets that Michael got to know where the best deals happen, the inside scoop about manufacturing, who is who in business, and so much more information that helped him build on to his business plans.

Andrew was impressed by Michael’s internet marketing skills and abilities. He had so many product ideas which he shared with Michael. One of the ideas that got Michael very excited about was a light-up, pour spout. This is a bottle top that you put on top of a vodka bottle or any kind of liquid, and when you pour, it lights up the stream of alcohol to the color of the LED.

Michael was already selling bar supplies through his e-commerce business and had customers and distribution pipelines. Andrew would help engineer it, and together they would produce and market it from China.

From an idea to a real product

They embarked on the journey to get the product ready. First, they brought on a partner with a legal background. Then they found the guy who had a patent to the product idea but had never made a product.

Getting the patent was the first hurdle. They spent so much time going back and forth without reaching a compromise. The patent owner wanted more money than Michael was willing to pay to transfer the patent. Eventually, after months of arguing, Michael put his foot down and told the patent owner to take his offer or forget the whole deal. He accepted the offer.

The second hardball Michael faced was that his friend Andrew wanted him to use his friend’s factory. But he quoted an upfront fee of about $20,000 for the manufacturing of the product. This is not to make the product but just the setup fee. Michael asked around and got a few other factories that gave him  $3,000-$5,000 quotes for the same thing. So he refused to use Andrew’s friend’s factory, and Andrew was extremely mad with him. Being young and naive, Michael still kept Andrew in the deal.

Michael went ahead and paid $5,000 to the factory that he chose and went ahead with the manufacturing.

Michael started sending samples to his friends and business partners back in the US, who all got excited about the product. Everyone called it the million-dollar product. One of his friends got in touch with Bacardi, who loved the product and was interested in having exclusive rights in the US.

The problems just won’t go away

Michael ran into manufacturing issues with the production time taking forever. At one point, the LED wasn’t bright enough and had to source for LEDs from a different supplier. Bacardi kept asking for changes to make the product better. Then they insisted on buying the product at $1 per piece because they’d use it as a promotional item and offer it to its customers for free. All while, Michael was the one who was funding the entire process and had spent over $20,000 so far and was still required to spend more.

Then when Michael thought he was about to strike a deal with Bacardi, the company rejected the product internally because even though it had passed US FDA checks, apparently, it failed Bacardi’s internal quality control tests.

Michael bought off Andrew and the legal partner from the business and decided to sell the 10,000 pieces he had produced on his e-commerce site, eBay, and Amazon. He, however, didn’t make much, and eventually, he decided to let the product die a slow death and accepted that he had made the worst investment of his life.

Before you plan your new product launch, validate your market by selling a few pieces first. This will help you know the market and confirm if your product fits it.

Have the proper paperwork when forming partnerships

When forming business partnerships, have the appropriate paperwork in place. Have contracts with clear exit strategies that stipulate what happens if the partnership doesn’t work out.

Don’t let the excitement of a new product make you forget that the market is more important than the product. Conducting market research will help you understand the market before you launch your new product. Know what your market needs so that you can ensure your product meets the market requirements for better success.

Without sizable sales or a proper vision on how to reach these sales, your business will not be able to scale properly.

You need different people involved in a business for you to succeed. These could be people giving you capital or expertise. But most importantly, know how to keep these people satisfied to prevent future misunderstandings that might end up destroying the business.

Leverage crowdfunding if you have a unique product or if you’re doing something unique. Try to sell it first.

Michael’s goal for the next 12 months is to scale his investment company. The company is buying out more brands to scale.