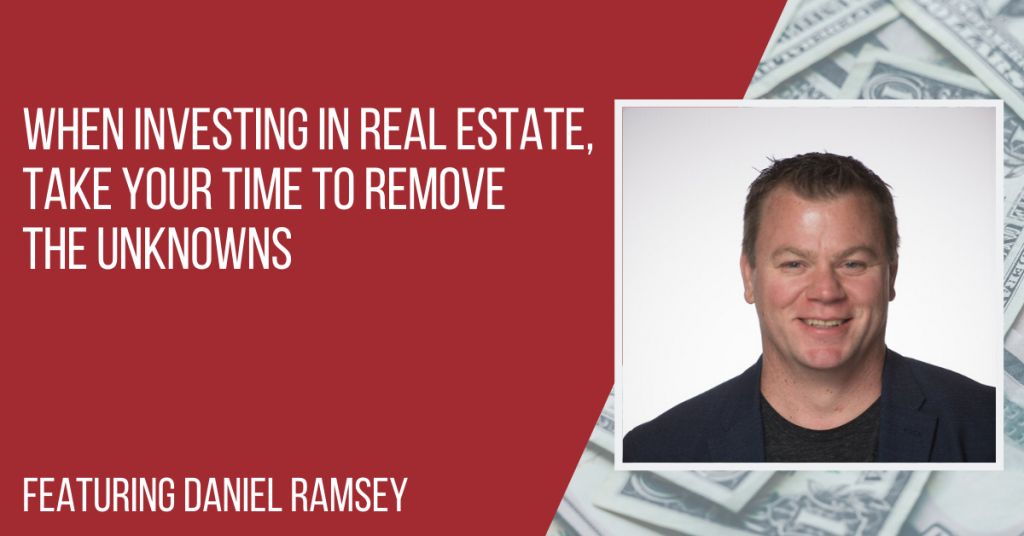 Daniel Ramsey is the founder & CEO of MyOutDesk, the highest-rated Virtual Assistant company in the marketplace with over hundreds of 5-star reviews, and over 10 years of experience, serving more than 5,000 clients – including over half of the RealTrends™ Top 10 teams.

Daniel is a long-time licensed real estate broker, mortgage broker, and general contractor who’s sold hundreds of homes and made millions in commissions, and built real estate’s #1 staffing company. Back in 2008, he was inspired by his own time-management struggles to find a better way to help agents leverage their time & energy, and created MyOutDesk to provide a trusted, reliable solution to the office administration, marketing & prospecting tasks that every agent has – but most lack the time to focus on.

In 12 years with MyOutDesk, Daniel has helped thousands of clients scale their businesses & grow profitability. He’s worked with some of the top clients in the industry – from sales organizations like the Mark Spain Team and Ben Kinney to tech providers like the Zillow Group, Keller Williams, and RE/MAX.

“When you know the markets are down, go all in and triple or quadruple your net worth. But it takes guts, and I’m all about that. I cannot wait for the next downturn to come around.”

Things were quite tough for real estate companies during the economic recession, and it was exceptionally horrible in California, which was one of the top 10 markets to be cut in half. If you bought a house for $400,000, two years later, it was worth $200,000.

The sky was falling, and people were running away from real estate investing. Daniel experienced a 90% drop in revenue forcing him to close his office. He went from having three offices and more than 30 licensed people to working out of his back bedroom.

Daniel decided to reinvent himself in 2007 and started learning about short sales, foreclosures, and what’s a deed in lieu. He realized that the financial meltdown had opened up an entire industry.

He traveled around the country, went to New York, Dallas, and Boston and met huge institutional lenders who had thousands of homes in Sacramento that were for sale. He offered to sell these homes.

Riding the downturn to double his wealth

Daniel realized that he could make a profit by buying homes during the recession and sell them off for a profit. He decided to explore markets outside of Sacramento. That’s when he found this beautiful condo on the hills in San Francisco, in the city of San Anselmo. It had one of those driveways that have a little hill on the top.

The owner had bought it for 1.5 million dollars and was selling it for $650,000. It was quite a steal for Daniel. However, the previous owner had decided to convert the garage into a master bedroom. That was not a problem for Daniel as he doubled up as a developer and a contractor. Or so he thought.

Daniel met the inspector and the city engineer and submitted his plans. What he thought would be an easy task became an uphill climb. Turned out, this house had a hill behind it, and the soil composition in San was prone to mudslides and earthquakes. And so the city council was not excited about a renovation.

First, he was asked for a soils report. He figured how hard can it be to get a report? So he got a soils engineer who informed him that the hill would come down any second and needed to be mitigated. Again, he thought to himself that this would be a child’s play; he can do it.

Oh no, it was nothing near a child’s play. He was informed that he had to drill 25 feet down into the ground, put a metal t bar then pour concrete down the 25-foot hole within the whole circumference of the circle.

This whole process saw him lose more than $200,000 on the beautiful condo that turned into his worst investment ever.

Don’t invest in an area that you don’t know. Daniel did not know that hill was going to be such a hill for him to financially climb because he didn’t know the area at all. So when buying real estate property outside of your local area, partner with people who know the market.

Keep control of your deals

When you partner with other people, make sure that you keep control of your deals through cash, entities, and deeds.

Invest in what you know

The best way to invest in real estate is by starting with an area that you know and slowly expand from there. It’s easier to handle risk management for something that you are familiar with than something new to you.

Know how to handle a downturn

When investing in real estate during a downturn, the first thing you need to do is understand that you’re in a crisis. The second thing you need is to have cash and credit because if you don’t have cash, you can’t take advantage of o a downturn.

You got to have guts

During a crisis, people will tell you not to invest. Every time you look at the newspaper, the news will be pumping out all the negative information. And most people won’t have guts to invest. This is indeed the best time to invest as long as you do it correctly.

If you’re interested in real estate investing, first nail down all the unknowns that you can come up with. That’s what major developers and smart investors do; they leave no unknowns in the equation before they go hard.

“Don’t get scared. Have guts of steel and just keep plowing forward.”