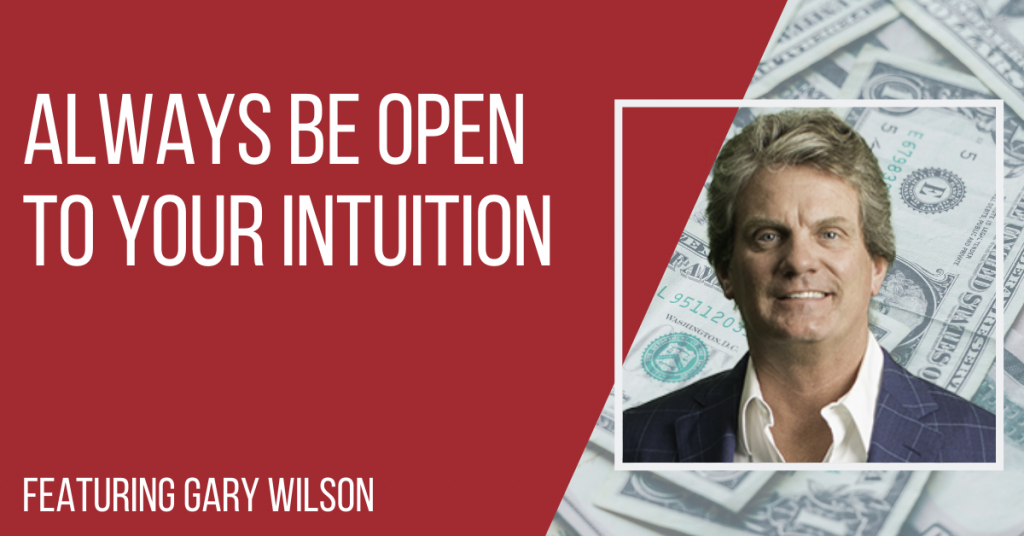 At the age of 40, Gary Wilson retired as a corporate Vice President in a nationwide bank. Since then, he has traded over 3,000 investment properties in less than five years. He has developed five real estate holding companies owning more than 250 rental units.

He has built five businesses, including brokerage rental management, investment services, settlement services, and appraisal services. He has been accepted into the Andron Apiphenon Order of Excellence for Real Estate.

With his experience, he has authored seven books. He is also the founder, trainer, and coach of the Path to Profit System, teaching more than 20,000 agents and investors. Finally, he has appeared on over 100 national and local media outlets, including CBS, Fox News, NBC, ABC, and Business Week

“A lot of stuff is going to happen when you’re buying properties. You’re going to get involved with some drama and grief that you get unintentionally tied into that trauma. So, figure out how to be a good business person and how to be a compassionate human being at the same time.”

A deal that couldn’t have gone any worse

Gary Wilson has always loved closing deals. He could not forget his first experience at the closing table, negotiating his way out of that 4-bedroom, 2-bathroom house. When the deal was done, that’s when he realized he’s born to close.

A couple of years after, he was on his third property investment when he encountered his worst investment experience. The owner of a three-unit property he was looking at buying was a seasoned veteran investor and also a real estate broker.

Gary was at the closing table with a lot of people pressuring him to buy the property. With little to no due diligence on his part, he ended up buying the property. It turned out; the owner had not pay the $500 water bill.

The drama he wished he was never a part of

Gary had hoped that after a bad start, he would start to reap his profits out of that deal. However, he got unlucky with his tenants. Two of his tenants could not pay the rent because their money was used to buy drugs. The crazy stuff is, Gary had to go through the whole drama of personally demanding them to pay the rent and almost forcibly threw them out of his property.

He got tired of it, and because he did not want to go through the whole eviction process again, he offered them money and paid them to leave.

When it rains, it pours

One problem after another and Gary at this point was fairly certain that nothing worse could have come after what happened. But as the famous saying goes, “when it rains, it pours.” And literally and figuratively, a perfect storm and two hurricanes flooded and damaged his property.

He asked everybody to vacate the place temporarily. While no rents were coming in, he had to shell out some cash for the renovation for it to be livable again. Finally, after a couple of years, he sold it and never looked back.

If Gary had followed the inner voice telling him not to buy the property, he could have saved himself from the aggravation and losses.

You need to develop your intuition. When you do that, then you put your mind to work, and it goes into action to help you figure out the best way when stuck in a difficult situation.

It pays to be vigilant

Before going to the closing table, make sure you armed yourself with all the data and information you can get about the deal. If you get your facts straight, it will create a reasonable certainty in your mind on what your decision will be.

Three important things you need when buying a rental property

First, always get the last three years of the tax return that applies to the property.

Second, get the rent rolls for the last three years and have it certified with the owner to ascertain the accuracy of the information.

Lastly, look at the owner’s record of the property with the profit loss details for the past three years so that you will see precisely if there is a pattern on how they deal with the taxes, insurance, and expenses.

In a fast-paced world, we are always facing situations where we don’t know what to do, or we are not sure what’s the right thing to do. During those times, trust your intuition.

Don’t let the pressure decide for you

It pays to be ready when you know you are going to be in a difficult situation. If you have done your due diligence, nothing will surprise you at the negotiating table.

You can never get away from the drama

Successful people are people that know how to work with people despite the drama. There is no hard and fast rule in understanding people. Along the way, you have to learn to deal with it.

Don’t make a decision when you don’t have all the facts. Write down the who, what, where, when, and how. You may not gather all the facts, but at least you’ve got something to strengthen your decision ability.

And if your gut is telling you no, then don’t do it. Don’t be afraid to put the brakes on.

Gary’s life mission is to be able to improve the lives of 100,000 people. He wants to connect to them through his podcast.

“Do whatever it is you have, your dream or vision. Pursue it and take action every day. Maybe, one day you can be a blessing for other people. Make that part of your life’s mission.”