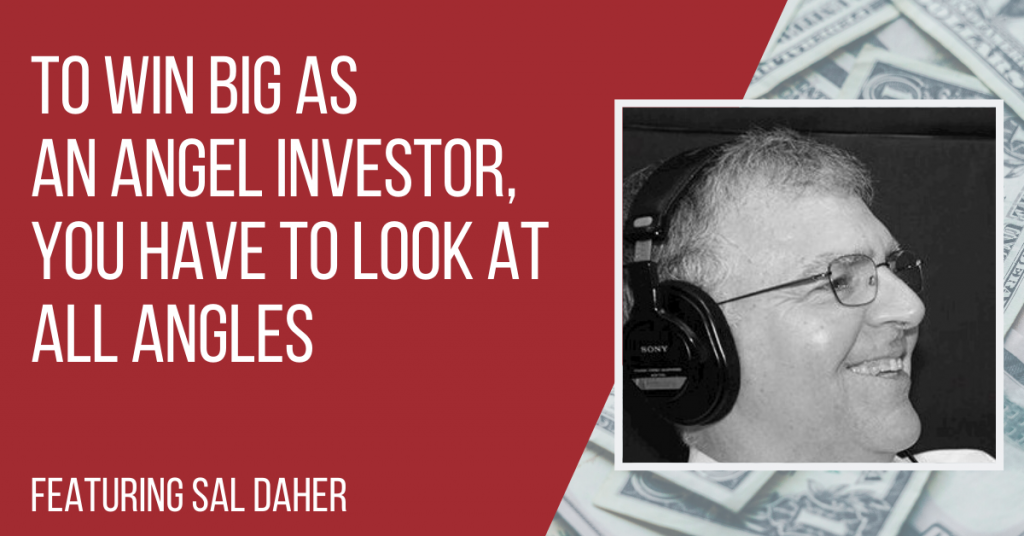 Sal Daher is an angel investor who invests in technologies that set Boston apart. He is a member of Walnut Ventures and MIT Angels. Sal is a syndicate lead and podcast host at Angel Invest Boston Podcast.

“The market does not pay you for taking idiosyncratic or company-specific risk. The market pays you for beta (market volatility).”

Not so much love for the pop

Sal as an angel investor is always looking for startups to invest in. it’s no surprise that his worst investment ever was missing out on a good deal.

Sal got to learn about a company called Love Pop that makes greeting cards that open up and a magnificent sailing ship or airplane pops out. In his mind, this was one hell of a business idea that was never going to take off.

I didn’t heed my mentor on this one…

He was smart enough though, to tell his mentor, who has invested in hundreds of startups, about the company. His mentor advised him to meet the founding team.

His stubbornness would not allow him to listen to his mentor. He complained that he knew nothing about consumer business and his stronghold was in B2Bs such as biotech companies.

He went against his mentor’s advice and didn’t take the meeting. A foolish move that he still regrets to date.

But why was this a foolish move yet his reasoning was valid?

While his excuse for not investing in the startup was valid, it was a wrong move because his number one strategy as a successful angel investor is to invest in teams. He doesn’t invest in ideas or markets, he invests in teams. So at the very least, he should have met the startup’s founding team.

It turns out that the two founders are extremely smart entrepreneurs who if put in any situation, they’ll figure it out. They went on to figure out their stores, they got VC funding and became a huge success. A success that Sal missed out on.

To win big you must be an open-minded angel investor

Good ideas and good money-making opportunities come from many different angles. If you want to become an angel investor you must allow yourself to be open to all types of business ideas. You may just stumble upon a unicorn startup.

Invest in teams not ideas

It is the teams that are going to turn an idea into a multibillion-dollar investment or a huge loss. So invest in great teams that can overcome various business challenges and build successful startups.

Start early, start small, start slow and pay attention because you will learn after a handful of investments. Returns can’t be rushed. This idea of FOMO (fear of missing out), forget about that. If somebody is giving you FOMO in a startup, give it a miss.

Sal’s number one goal for the next 12 months is to increase the number of people in his angel investors list to five times more than he currently has.

“You must have a great deal of discipline if you want to invest in startups. Okay. I say start small, start slow, and don’t do it alone.”