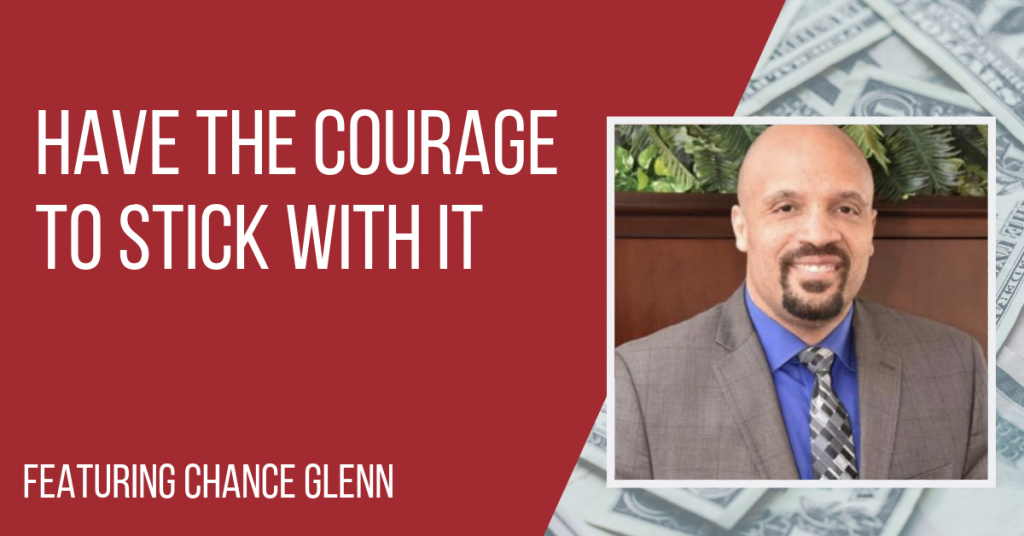 Andrew and Chance would like to dedicate this podcast to peace 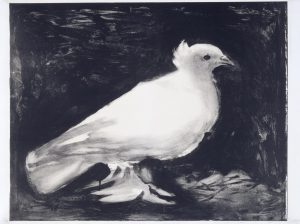 Picasso’s Dove became a symbol for the Peace movement after it was used to illustrate the poster of the World Peace Congress in Paris in April 1949, part of the series of conferences held at the end of the Second World War (also in Wroclaw, Sheffield and Rome). At the 1950 event in Sheffield, Picasso made a brief speech recounting how his father had taught him to paint doves, which he concluded with the quote: “I stand for life against death; I stand for peace against war.” Photo: Tate Gallery, London, 2004

Chance Glenn is an innovator and entrepreneur who has been engaged in creative pursuits for the better part of his life. He holds bachelor of science and master of science degrees, and a PhD, all in electrical engineering, and has patents and publications in a host of focus areas.

He is the president and founder of Morningbird Media Corporation, where he and his colleagues have developed and prepared for launch the Electronic Alchemy eForge, a 3D printer capable of producing functional electronic devices. His team has utilized support from NASA to take this from product from concept to commercialization.

In addition to his technical pursuits, he is a tenured full professor, provost and vice-president of academic affairs at the University of Houston-Victoria (Texas), a practicing visual artist, and a Grammy-nominated singer/songwriter.

“I got involved with bitcoin … early. And I’m talking about when it was a couple of hundred dollars.”

Chance got involved with Bitcoin early, when it was valued at around US$100 a coin. It was one of his first investments when he bought his first batch of around five or six coins and watched as they continued to grow. As he followed the progress of this new currency he felt he never knew where it was going to peak. He was too green to know how to tell when a downturn was about to hit, and he shared that when tracking something closely like this in the manner of a day trader, when it falls even a little, he would feel panicky.

So he pulled all his money out when Bitcoin was at about $900 per coin. He had made about 10x the money he had invested at that point. After that, he would watch it rise to peak at $14,000 per coin over the next four years and he notes that now it is hovering around the $10,000 mark. The next time however he looked again it was well over $3,000, so he felt he had missed the boat and he probably could have made $100,000 if he had cashed out at the right time.

Not so much a bad investment as a bad decision

Something good usually emerges from failure

He said however: “Here’s the good news!” What he did make he actually took and used as a seed investment for what became his current project, Electronic Alchemy and its eForge 3D printing device. So this mistake truly led to what he is starting to build now with his company, which is creating something genuinely revolutionary. He was able to use that money to do some of the preliminary work. But, he again revisits the pain, and says if he had stuck with it, he could have walked away with $100,000 from the Bitcoin investment.

“It wasn’t so much that the investment was bad. It was the decision that was bad.”

Having courage to stick with an investment is important

No risk, no gain. Chance learned how important is to be willing to take the risk and not just play it safe. He thinks now that he was being way too careful and that this was a strategy issue. He was not risking too much, he had put in an amount that he could get away with losing, he hadn’t put his family in danger and there were no other such issues. But he says that if he had stayed with it, and was courageous enough, and had used some profit-taking strategy, he could have done a lot better. He was however the victim of panic when he thought a correction in price was happening.

If Chance had had a plan it may have allowed him to say: “Nope, I’m sticking with this and I’m not selling because I believe that Bitcoin is the future … and therefore, I’m going to stick with this plan.” Often in the world of finance very few people have a written plan.

Just because it’s cheap, doesn’t mean you have to buy it

Andrew’s mother used to say that as they passed by a store and he saw something on sale and told his mother about it. The corollary to that is …

Nobody went bust by selling too early

So the idea behind that is, investors cannot always make the right calls. But it’s better to sell too early than to sell too late.

So many bad investment decisions are rooted in the fact that people have bought high and sold low. In Chance’s case, he actually sold high, perhaps he sold a little too early, but at least he sold high compared to his initial investment and didn’t make that common mistake.

Chance says if he could have developed some analysis and modelling to look at the curve of Bitcoin to see whether it was going up or down, he should have done that instead of just looking at the numbers from minute to minute.

Don’t be a prisoner of the moment

Be someone who looks at the bigger picture, because the ups and downs of the moment can cause you to make the wrong decision. If you look at things with a broader perspective, have a plan and are willing and courageous enough to stick to it, you will do a lot better.

To launch the Electronic Alchemy eForge. To see what’s happening there, visit Electronicalchemy.com, sign up for news about Chance’s progress and learn how you can get involved. He calls on everyone to imagine having a device that can even 3D print a phone that works. He’s talking about being able to print the different layers of the phone from the bottom up, and the cool thing is, it doesn’t even have to look like a phone. So that is where designers can create something special. Chance says his company at its core is about fostering and enabling such creativity through a community of people sharing ideas and printing them into realities.

Be courageous and be creative.