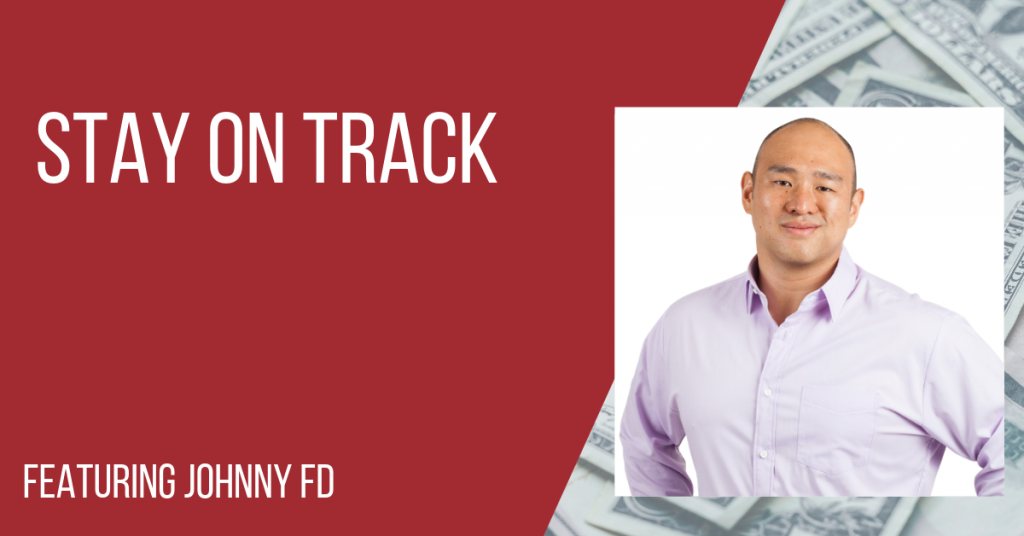 Johnny FD (Fighter-Divemaster) grew up in San Francisco, in the US state of California, and quit his job at corporate giant Honeywell in 2007 to move to Thailand, travel the world and work as a professional scuba diver. While in the Kingdom, he started training and fighting professionally in Thai kickboxing (Muay Thai).

He has since written two books: 12 Weeks in Thailand: The Good Life on the Cheap and Life Changes Quick (both on Amazon), started multiple six-figure online businesses and since been has been interviewed and featured in Forbes, Business Insider, Fast Company, Entrepreneur, and the BBC.

“The reason why it’s such a bad idea to leave money in cash is you’re guaranteed to be losing at least 2% due to inflation. So even if your money is technically safe in a checking account or savings account, and you’re not gaining interest, you’re not losing money, you are losing whatever the rate is, which is usually around 2%.”

Johnny outlined a trio of mistakes

He named his most annoying investment ever was buying cryptocurrency and Bitcoin, and described the pain of seeing it crash. He still holds some Ripple because he simply hates selling it at a loss. He blames the Fear of Missing Out (FoMo) phenomenon for some of his exposure and relates the tale of buying in to Bitcoin when it was valued at US$18,000, just because of the FoMo effect amid the hype, even against his gut feeling that it was not a good investment.

Johnny also described getting into peer-to-peer lending via Lending Club and finding out that it just tied his money up for five years. In that time, he just witnessed all the money he had disappear as loans defaulted one after another. He felt trapped and could not only not retrieve his money, but people were just flaking out on paying the funds back. He bemoaned the essentially and completely unsecured nature of the investment.

Cash is not king in this context

His number one of the trio though would be one big mistake he made that has recently been in the front of his mind – keeping money in cash or not investing it for the past few years. He did this based on the widespread idea that the market was due to go down “any day now” and that the world was due for another big crash. But, for the past two or three years, this crash is yet to happen, and he has lost the opportunity of all the potential gains he could have made on decent investments. He identified why it is a bad idea to leave money in cash is because you are guaranteed to be losing at least 2% due to inflation.

“So even if your money is technically safe, in a checking account or savings account, and you’re not gaining interest, you’re not losing money, you are losing whatever the inflation rate is, which is usually around 2%.”

The second part of loss in keeping money in cash is the forfeiture of potential gains, Johnny said. Even if the stock market fails to grow over a year, in the years that he was just keeping cash, he was still missing out on dividends. They might have been another 1% or 2%. So right there, he explained, he was losing 2% on the inflation, 1% or 2% on the dividends that would have been paid out, which would have been either re-invested into your account, or cashed out on. Then there are the potential losses. On average, the stock market goes up by 7-8% a year, he pointed out. And he sat out on that, but also, in the past few years, the markets have gone up even more than that. So keeping a significant amount of money in cash was losing money, “almost like a bucket with a slow drip”. He said that it was almost to a point that he was holding on to a liability because the cash was not really an asset any more.

Don’t fall for the FoMo

Just don’t feel like you’re missing out on any wild gains because you’re not jumping in to something that looks really attractive.

Slow and steady wins the race

Instead, his strategy now is slow and steady wins the race. If he can grow his portfolio by 7% a year for the rest of his life, he will be very happy with that.

For such investments, Johnny is still a fan, but he has learned. He still has quite a chunk of money in this class, but now he only gets involved if the loans are secured by real estate. If the people he lends to (invests in) don’t pay off the loans, he repossesses their house, sells it and gets his money back.

Alternatives are there if we look for them and learn

There are always alternatives. Would-be investors just have to listen to podcasts, ask people, and do the research to figure out how much return you’re going to get. Why give people money in an unsecured loan when you can give it as a secured loan backed by property.

Make sure you are collateralizing anyone you lend to.

Time in the market

Allowing money to compound is critical

People love to show the chart of the exponential rise in money in later years that comes after allowing your money to enjoy the fruits of compound interest. The sad news about such charts is that the compounding effect doesn’t really happen until 30 years later. Most people never start early enough to get to the 30 mark or stay in long enough to get the real impact of the compounding.

Andrew has created an investment thinking tool thing called Red Light Green Light, which is just a very simple method based on the tools he has learned on how to look at a stock – his FVMR approach (fundamentals, valuation, momentum, risk). He says: Let’s take these four items, mix them together, and see what they can tell us. The only think he really wants to know is if the market is crazy high, he calls this Red Light, which means the market is too hot. And if it is flashing green, it is crazy low. It’s not a trading rule, it’s just an indication. If you’re someone who really gets stressed out about it, if you see it flash red, take the $800 (say you invest $1,000 a month) that you would normally put into equity and put it all into bonds. When you see it flash crazy green, maybe take the 200 that you would put in to bonds that particular month and put it into equity. This is a kind of a rules-based system that allows someone to control their emotions. And the fact is, it will only flash red or green, 10% of the time.

“Regardless, don’t worry about where the stock market is, as long as you’re contributing over the long term.”

“My only shopping is buying assets and no longer liabilities.”

His goal now is to stay on track – to keep doing what he’s doing – with everything. He says everybody should strive to work out in the beginning what their game plan is, then educate themselves to figure out what makes us happy, not just investing goals. He includes fitness and health, regularly growing income and keeping expenses low.

Learn from mistakes, don’t make your own and kick some butt.