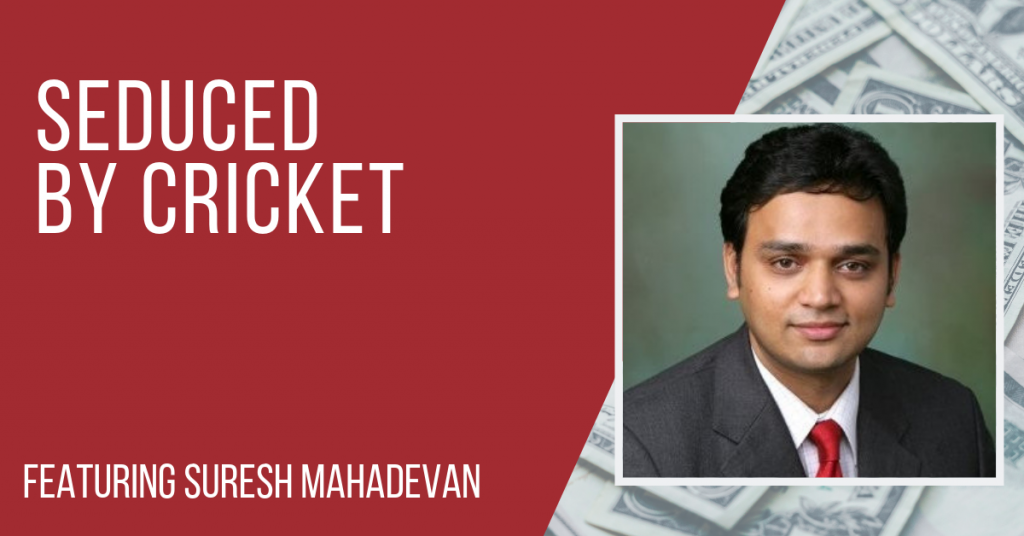 Suresh Mahadevan is the CFO of SureCash, a fintech firm in Bangladesh. Prior to that he was group CFO at Digiasia, an Indonesian fintech firm after spending close to 12 years with UBS bank in leadership positions in Hong Kong, India and Singapore, working in the Asian equities business.

Suresh has been an angel investor for the past four years, participating in more than 20 investments. He also advises several start-ups on strategy, culture building and fund raising. He has an MBA from Columbia Business School, a post-graduate diploma in management from the Indian Institute of Management (IIM) Calcutta and an undergraduate degree in electrical engineering.

“We have tried raising a lot of money … the company’s out of cash and I have no other option but to close the company.”

Suresh ventured into angel investing around four years ago, driven in part because his employer UBS, a large investment bank dominant in Asia, decided to ban staff from investing in listed stocks anywhere in the world, at any time. So what could he invest in? UBS said he could invest in ETFs and private companies. So that interested him and he started researching them.

This worst investment ever story centers around his third bid at angel investing, which featured his other passion (more or less India’s No.1 passion), the game of cricket. So the company he was looking at was a would-be unicorn market entrant – a fantasy sports betting app. The way it planned to make money was to let people to pick up their own teams with a mix of players from any teams. Then people could put money behind their teams. Depending on the performance of the individuals, you could get a big win if you picked all the right players. So the model was simple. The company collected all the prize money and distributed 80% of it.

Fantasy cricket app was to be first of its kind

In India, cricket is like a religion and Suresh had followed it closely for at least 40 years, so he was very attracted to the idea. The company was a software operation that built an app to allow subscribers to bet money on the people they picked, and they would strongly advertise this as a game of skill, not a game of chance. If a person has followed cricket or baseball for years, then they know who to pick based on the prevailing conditions. So having been an ardent fan of cricket, this was a big factor in why Suresh got excited about the company.

What also excited him was 11 or 12 years ago, there had been established an Indian Premier League, professional Twenty20 cricket contest called IPL, and it was a big success. On top of that, the solo founder was highly qualified; he had been to all the right schools, the best engineering school, the best management school, and was a prominent cricket celebrity with millions of followers. Suresh consulted friends in the sports content business, who said Suresh was onto a great idea and also wanted to invest. Suresh felt he was looking at a once in a lifetime opportunity so he put US$100,000 into it, without sufficient due diligence. It was also early days for his angel investing career. He believed that such an astute and market-making play on cricket popularity in India couldn’t lose.

‘I forgot to tell you, he’s bad with numbers’

Suresh signed up and introduced many friends to the idea, and they also invested. But the first warning signal sounds was when the very friend who had introduced Suresh to the founder said: “Hey, by the way, I forgot to tell you, this guy’s not great with numbers … he’s such a great guy. But his number sense is a little wanting.” Suresh said: “Why didn’t you tell me this before?” Another thing Suresh noticed was that the founder used to visit Singapore regularly from India and he was always smoking and drinking. Suresh gently asked him about his health, as he was thinking this could be a matter of serious “key-man risk”. With so much riding on one man, there was danger he could become seriously ill or die on the job. Another red flag was the founder’s lavish lifestyle: he liked to ski, always stayed at expensive hotels, and would pay $15 for a gourmet coffee when a $5 Starbucks would have sufficed. Suresh started wondering if he was funding this guy’s luxurious tastes.

Suresh eventually called him on his spending, but the guy fobbed him off, saying these things didn’t matter. Another strange thing was the founder wanted more introductions and he was constantly fundraising. Another problem with the business was that it was very seasonal, of course, being focused on cricket. So a lot of people were invested in this company, introduced by Suresh, which in the end was a source of embarrassment. Things went on like this for a couple of years. Then it dawned on Suresh that the company was failing to make substantial progress. He adds that the problem with start-ups is that when things are going wrong, the founders don’t communicate much and this guy wasn’t talking about problems, but was just asking for more introductions (and more money).

Realizes that business is not on solid ground

Finally, Suresh realized the business was quite troubled. This awakening came after another red flag that was very worrying. Whenever he asked the founder about the whole business plan, the founder would dodge the question. Suresh had also been meeting companies that were interested in buying the company outright. The founder refused, saying his venture was a unicorn that was going all the way to the top. Suresh said he has come across this many times: The Founder’s Ego! So after three years or so, Suresh received a nice email saying: “Hey, we have tried raising a lot of money. The company’s out of cash, and I have no other option, but to close down the company.” There was a well-funded competitor, which was now the real “unicorn” in the market, constantly advertising on television and was now very famous. So the newcomer became the winner who took it all and they took everything. The founder had run out of cash and ended up winding up the company.

“What had happened was clearly there was a very well-funded competitor, which was now the real unicorn, which was constantly advertising on television (a company called Dream 11) and was now very famous. So they became … like a winner who takes all and they took everything, because they were well funded and could do the customer acquisition.”

Be wary of investing with founders for whom the opportunity cost is high. Some founders think everything can be solved with money.

Competition is always here or will always emerge

The founder of this enterprise failed to put much thought into competition, at all.

Do your due diligence on everyone involved

This is especially true when your target company has a solo founder. This founder and his employees were taking regular salaries at high rates, and were not acting like careful people involved in a start-up.

Be especially wary of lone founders

They tend to become delusional. In Suresh’s portfolio of companies, the few that have not gone to zero but are not doing well are run by solo founders. Part of their delusion is that they externalize failure and fail to look inward. But, after these experiences, he has totally refined his process. One method he uses is that if he likes a founder, he gets a lot of other people to look at them and their business, for objectivity.

In Suresh’s story, the founder was not taking care of his health and this was a clear red flag. Another was the lone wolf staying at fancy places, the luxury of which was excessive and unwise.

Investing in start-ups (N0.6) is a very high-risk venture

Anytime Andrew looks at a start-up situation, he applies this formula:

If there’s no trust from the start … STOP.

Money: If you don’t have money, you’re not going to get there. So you’ve got to have the runway that money provides.

“I think this one (company) really kind of broke down at the point of execution.”

When talking to clients and advising clients, usually professionals put in a lot of care into the research done into the suitability of a particular investment on behalf of their client. But sometimes they throw that out the window when they’re looking at their own ventures. Things can get overlooked.

Look carefully into the character of entrepreneurs

Nowadays, Suresh spends a lot of time and effort in getting background and character checks done on founders, through multiple references. This includes going to consumers of their past products or services. The character of the founder is key in terms of his opportunity cost and reputation for good conduct.

Be even more wary of sole founders

Suresh is even more cautious when he is looking to invest in a business with a sole founder. Of the 24 angel investments he has participated in, three have not done well; one has gone to zero, two will probably go to zero in the next few quarters; all of that trio are sole-founder-led businesses. Suresh has found the common theme is that they tend to completely blame everything else except themselves.

Suresh recently joined Bangladesh fintech company SureCash, and it’s purpose is very involving for him because it’s built on financial inclusion, as it is helping the govern-ment to distribute money to mothers of primary school children. Over the next 12 months, he really wants to build a great business that helps improve the lives of people and creates value for the venture’s shareholders.

Angel investing is great because it helps companies and ideas to launch, but one thing Suresh wants listeners to remember is that is it the most illiquid investment you can ever make.

“If you have college fees to pay for … (or you are) sending them to expensive private schools, don’t put that money in angel investing.”