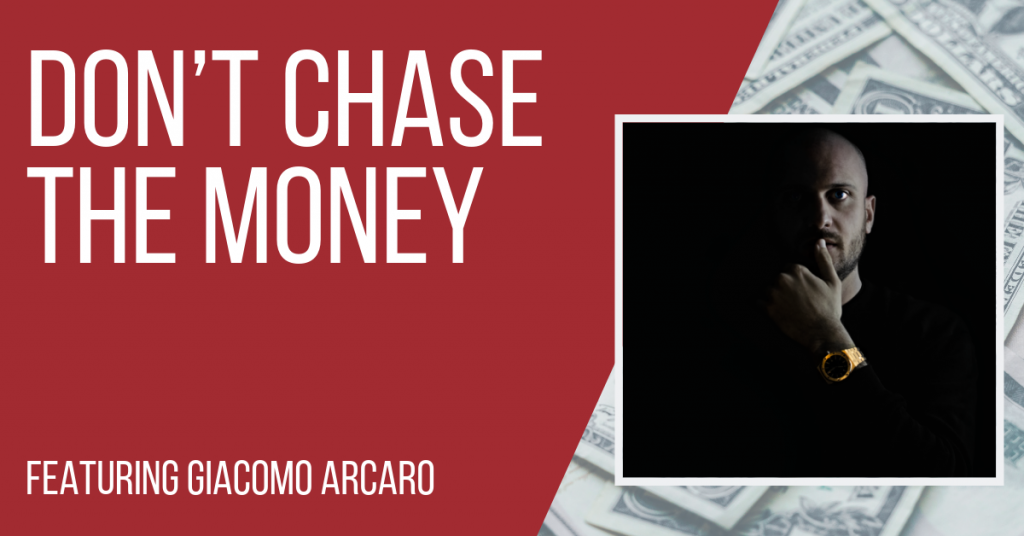 Giacomo Arcaro is one of the most important European growth hackers, with more than 140,000 “crypto-followers” and has been featured in the Financial Times,  Forbes, Wired and the Los Angeles Times. He’s had 2-million-euro exits with two start-ups, CercaClienti.it and SocialAutomation.online and is the founder of Black Marketing Guru. Giacomo has now been involved in the world of cryptocurrencies and initial coin offerings (ICOs) for quite some time, establishing himself as a veteran in the industry and a pioneer of its processes. Currently, he is the No.10 advisor on ICObench and the No.1 on ICObazaar. Giacomo has extensive experience in understanding the specific requirements of a business regarding the models through which it can generate capital that allows it to thrive in competitive environments. He has raised 18.4 million euro so far for the ICOs he has advised and is a published author, with this book: Get Rich with the Blockchain: 47 Ways to Build your Future.

“(The man asked:) ‘Can I pay for your services with tokens?’ I asked him: ‘What the hell are tokens? How can I pay my mortgage and my employees’ salaries with tokens?’ So I kicked him out of my church. Three weeks later, I had totally forgotten about this appointment and opened the newspaper to read that this man had made $27 million in one day of fundraising. So I picked up the phone and called him – he didn’t answer; he was probably off buying his private jet.”
Giacomo Arcaro

Company starts in a 12th-century church

Giacomo’s story starts just after exiting one of his successful start-ups when he took those funds, bought a 12th-century Byzantine temple in Rimini, Italy, on the Adriatic coast, hired about 20 staff and set up Black Marketing Guru. They help start-ups and industries to increase business, revenues and clicks, and views. So one day, a guy in short pants came to his office to ask him to help set up a start-up. When asking what the new company was about, the guy in short pants said it was a cryptocurrency start-up. Giacomo asked: “What the hell is that?” Because, at this time, he wasn’t involved at all in that world. It was 2017.

‘How can I pay my staff or my mortgage with tokens?’

He decided to learn more about it. The man told him it was an interesting business and that people were making a lot of money. People were making a lot of money and then he said “the word no one should say, and this was he wanted to pay for services with tokens.” Giacomo had no idea what they were. “How could I pay the mortgage, how could I pay staff salaries, with these tokens?” So Giacomo more or less kicked the guy out of his church.

Man he rejected raises US$27m in one day

Three weeks later, after Giacomo had totally forgotten about this encounter he opened the newspaper to see that the same man had raised US$27 million in one day of fundraising for this start-up. So Giacomo picked up the phone and called him but he didn’t answer because “he was probably off buying his private jet”. So he called the man who introduced the two, nad got an appointment with him in Lugano, Switzerland. Once he arrived, the meeting situations were like scenes from The Wolf of Wall Street. As in the film, people were also throwing dwarves in the middle of the room, and wine and Champagne were flowing. It was crazy. He met people who had made about $10 million overnight in trading cryptocurrency.

He was very excited and shared his knowledge with all the guys in the room, not even knowing which company they were from. People were making a lot of money, minute by minute, hour by hour. Finally, he spoke with a few people who offered for him to get involved in some initial coin offerings (ICOs) and some other business. He was now even more excited. On the way home he was studying blockchain and cryptocurrency in the car, looking at YouTube videos on his iPad and watching news about blockchain. So after a four-hour trip, barely understanding the basics of blockchain and crypto-currencies, he stopped at a petrol station, picked up his phone and laptop, and started investing randomly in ICOs. Within two hours of returning home, he opened up his laptop and saw that he had doubled the 50,000 euro he had initially invested.

So he had 100,000 euro, and then his new friends invited him to invest in more ICOs and he doubled his money again. The “best” was yet to come. Finally, one of the biggest crypto companies in Europe offered for him to build a company focused on marketing for ICOs and other projects in the cryptocurrency world. So he designed the company, created it, and all the while, crypto was still going up. The new firm was swamped with requests for 15-20 quotes on projects a day. Each quotation was for about US$500,000 in billing. So they started sending out dozens of brochures, quotations and invoices.

One sad point was that before the market went down in early 2018, Giacomo had refused the buy-out offer of 1 million euro from the large European group. Then, in the first month of 2018, the market crashed by around 98%. People involved in the company started to panic because they had lost all their money, and of course, they had quit their previous jobs. They were very hard times all round.

But Giacomo points out that the mistake was not that he had lost around $250,000 in investment, but that he had lost time. He said he should have dedicated that time to his marketing talent company; one year that was instead dedicated to chasing money and not chasing a skill. He reminds himself that he has only had four years in his life when he has been in profit, because he has failed about six times.

So all his money was wiped out, and everyone left with empty hands, but he decided to make money out from this failure. “That’s why failing is important.” And he started studying deeply about ICOs, STOs, cryptocurrency, and blockchain, and really applied himself to learning. Since this failure, he has applied his growth-hacking techniques and skills to his personal branding. After about 10 months, he has become one of the most prominent keynote speakers in the blockchain arena. He now travels the world every day, sharing his experience, his skills, and his advice with blockchain start-ups, from Cambodia to Miami to Germany.

If you only chase the money, 99% of the time you’re going to fail, because you have to do something bigger than money. If you want to make money, you should not become and entrepreneur, because entrepreneurship is about creating something.

“If you just want to chase money, you had better just open an ice cream shop or a pizzeria.”

Learn about what you’re jumping into

Apply more caution before getting into a new kind of market.

Failure is not illegal

There are cultural issues about loss. In some places, such as the United States of America, loss is not seen as the end. But in many countries, loss is really looked down upon. But failing in business or family investment is not illegal. Fraud, lying, and cheating, is. When things go bad, make sure you stay true to your self and your honor and do the best you can.

When things go bad, we must not hide

Money is just a measure of your business success

But passion and what you build are timeless. It’s very hard to create an idea, get it to the market, deliver it successfully, get paid and create wealth from it. It’s passion that is the real driving force.

“Hack it till you make it”