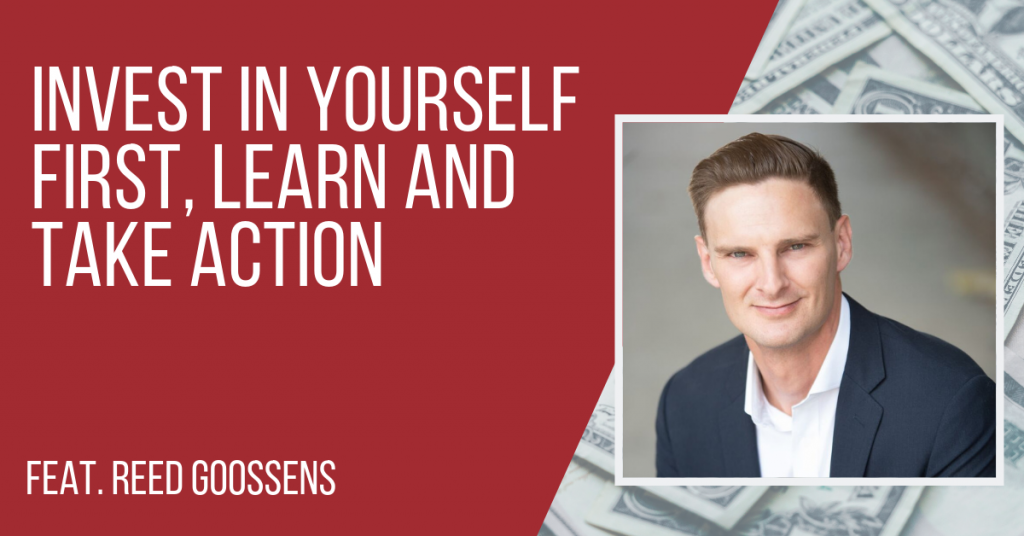 Reed Goossens moved to the United States in 2012 to pursue a career in structural engineering, however, he then discovered a passion for real-estate investing. With limited funds and no credit, Reed went from purchasing a small duplex to growing his own real estate investing firm, RSN Property Group. Reed now syndicates large multimillion-dollar deals across the US and certainly lives up to the “never-say-die” Aussie reputation when it comes to being a successful entrepreneur. Reed is also the host of the up-and-coming podcast, Investing in the US: An Aussie’s Guide to US Real Estate (and has published a book on the same topic), wherein he invites distinguished real estate investors and entrepreneurs to speak with him about their success and help guide other international investors who want to successfully invest in the US.

“The ARV (After Repair Value) was not large enough to justify how much money we ended up spending to add this third story.”

Reed moved the United States in early 2012 and was without a job, so he took the brave move of walking the streets of New York City to visit every engineering firm he could find, with his portfolio in hand, and saying: “Hey, give me a job!” He quotes Tony Robbins, who says: “One ‘yes’ will change your life”. And it did.

He looked at medium-sized firms, and admiring his spirit, one actually did employ him. Also, within two weeks of moving to the US, he was at his first real estate networking event, and he realized that the Americans were on a different level than he was coming from Australia. He called the US experience “networking on steroids”.

Immigrant learns about US property market

Realizing he had much to learn in his new home country, he spent the next six months doing just that. He realized quickly however how low the barriers to entry to the property market are in the US compared to those in Australia, in that he could go out and buy a property for US$38,000.

He was amazed, stating that you could never buy in Australia for under $250,000-$300,000. He visited upstate New York and bought a number of properties but quickly ran out of his own money and banks were shy about lending to this new arrival.

So he found a partner, and with him, started looking at properties in Philadelphia, as he wanted to try his hand at flipping houses. He was confident he could do so as a chartered structural engineer who had worked on many ground-up developments, including the London 2012 Olympic Games site.

So, he and his business partner bought a 1900s two-story row house in Philadelphia for $110,000. Their goal was to add a story to match adjacent houses and make this row house similar to others in the city and those in New York, and thereby add value to the property. Reed did all the structural engineering drawings and they hired a general contractor (GC).

Contractor’s thievery and other mishaps spell lengthy and costly project

Here Reed outlines the two main problems with the investment. The story he said is a very good lesson in After Repair Value (ARV) and underestimating the cost of carrying out the renovations. In the end, the ARV was not large enough to justify the amount of funds they ended up spending to add the third story.

Combine that with shoddy GC work – the general contractor stole materials from them and Reed had to take over the GC work himself and handle all the subcontractors. There were other problems on the mechanical, planning and electrical sides, as the original GC had cut corners and sealed walls before the city had inspected plumbing and electrical wiring.

They even found some of their stolen materials at a project site a few streets from the house, as they had been networking and were invited onto another developer’s project site.

Extra pressure hovers nearby as investor’s father is also involved

The situation was also riding on some emotional issues. Reed’s father had also invested in their project and it was Reed’s first foray into syndication. They all thought the build was only going to take around six or seven months, but it ended up taking about a year. And the longer they were holding it, the more spending was happening on the debt, the soft costs, and just getting it out of a hole.

One of the subcontractors also ended up being jailed over a bar fight. So, suffice to say, a lot went wrong. At the same time, Reed was trying to move to Los Angeles to be with his girlfriend from that city, and his business partner stayed to finish the job.

In the end, the house sold within 30 days, which showed that they had done a good job of bringing the house up to standard. The issue was though that the project had taken six months too long. From the time they started looking at the property to the time that they exited and got paid, it was a full 18 months.

Never overestimate your After Repair Value

On paper everything can look great, but excessive time taken in undertaking renovations can eat into the ARV.

Do a lot of research on all possible hidden costs

These can take the form of regulatory issues, materials, builder errors, and contractor overruns.

Ensure you work with the right people

Obviously, try not to work with thieves, but build a great team around you, a team you can trust.

Never underestimate the value of time and timing the market

You may be right, but with the wrong timing, you can still fail.

Opportunity cost can have a massive impact

Reed was drawn into a project that became much deeper and more expensive in time than he had expected. He could have been working on another deal or bringing in revenue from some other sources.

It’s very hard to estimate what can go wrong

But that is part of risk management. And then Andrew discusses My Worst Investment Ever’s six common mistakes, particularly in reference to No. 2, failed to properly assess and manage risk. But also Andrew argued that sometimes we can do all we can and things can still go wrong.

Anomalies can scare us

They can also be misleading and some people get scared out of investing completely. But don’t build your career and investments around these anomalies. These will often happen and there’s not much we can plan to avoid them.

In bold below, you find the mistakes(s) from the 6 most common mistakes committed in this story of the worst investment ever.

Partner with the right people. Your team is everything. Making sure you have the right team around you, who have expertise in your chosen investment field, can go a long way toward avoiding the mishaps above.

On the personal side, he would like to travel more and spend a lot more time on business development, podcasting, and book launches, which are the types of activities he is growing to love.

“A fool and their money are easily parted. So don’t be that fool.”

What that really means to Reed is that he recommends getting educated, learning from other people’s mistakes, but at some point, one has to take action. Invest in yourself first and foremost, and become knowledgeable about whatever investment strategy you’re going into, whether it be stocks, bonds, mutual funds, or real estate investments, and be knowledgeable before you pull that trigger.